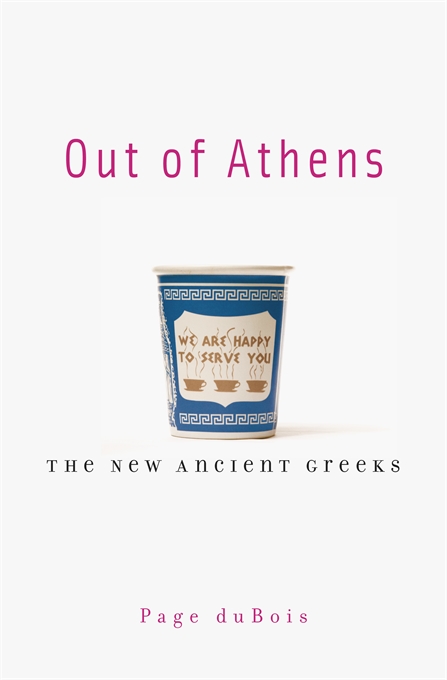 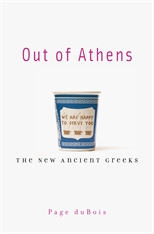 The iconoclast of Classics, Page duBois refuses to act as border patrol for a sometimes fiercely protected traditional discipline. Instead, she incorporates insights from postcolonial, psychoanalytic, and postmodern theories into her nuanced close readings of ancient Greek texts. Contemporary theory and ancient texts are mutually transformed in the process. Out of Athens sets ancient Greek culture next to the global ancient world of Vedic India, the Han dynasty in China, and the empires that survived Alexander the Great.

DuBois also extends the range of classical studies through illuminating transhistorical juxtapositions—ancients brush elbows with Colette as she performs as a mummy at the Moulin Rouge, or with Kirk Douglas as he appears on the silver screen as Spartacus. She reads the poetry of Sappho, the tattooed body of the sage Epimenides, as well as Athenian tragedy, Buddhist texts set in a post-Alexandrian Bactria, alongside the work of Judith Butler and Alain Badiou.

Page duBois establishes a daring agenda for the next generation of Classicists and, for both the intimate friend of Greek texts and the freshly arrived reader, makes ancient Greeks new.