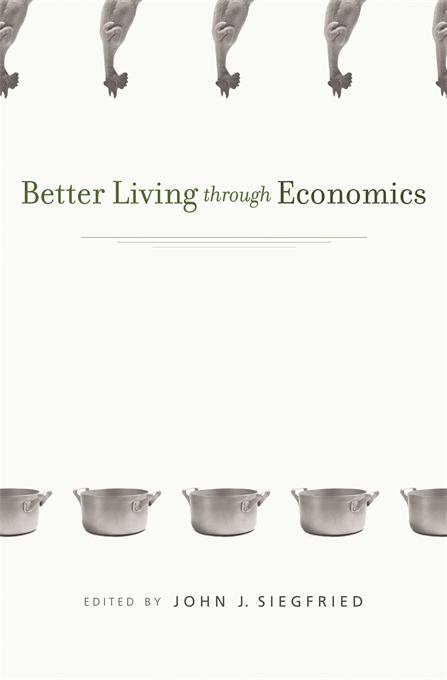 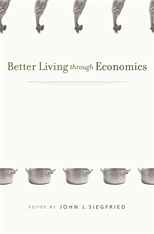 Better Living Through Economics consists of twelve case studies that demonstrate how economic research has improved economic and social conditions over the past half century by influencing public policy decisions.

Economists were obviously instrumental in revising the consumer price index and in devising auctions for allocating spectrum rights to cell phone providers in the 1990s. But perhaps more surprisingly, economists built the foundation for eliminating the military draft in favor of an all-volunteer army in 1973, for passing the Earned Income Tax Credit in 1975, for deregulating airlines in 1978, for adopting the welfare-to-work reforms during the Clinton administration, and for implementing the Pension Reform Act of 2006 that allowed employers to automatically enroll employees in a 401(k). Other important policy changes resulting from economists’ research include a new approach to monetary policy that resulted in moderated economic fluctuations (at least until 2008!), the reduction of trade impediments that allows countries to better exploit their natural advantages, a revision of antitrust policy to focus on those market characteristics that affect competition, an improved method of placing new physicians in hospital residencies that is more likely to keep married couples in the same city, and the adoption of tradable emissions rights which has improved our environment at minimum cost.