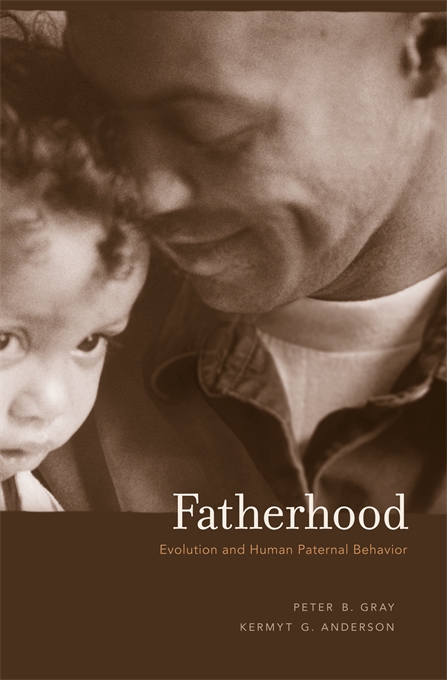 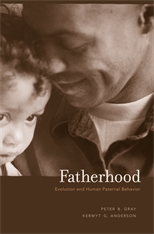 “[Fatherhood] is helping fill the research gap about fathers. It describes, based on masses of scientific evidence, the so-called ‘Dad Effect.’ Or, how fatherhood changes men.”—Douglas Todd, The Vancouver Sun

“Gray and Anderson’s Fatherhood: Evolution and Human Paternal Behavior is a timely publication that brings together a wide range of research on fathers, the expression of paternal care, and the impacts of paternal involvement. Indeed, for scholars interested in male reproductive ecology or parental investment, among other anthropological topics, Fatherhood would stand on the merits of its review of the existing scholarship on fatherhood. More notably, however, using an erudite, yet, conversational style, Gray and Anderson apply principles of evolutionary theory to this body of literature in a heretofore-missing compilation… Altogether Gray and Anderson present a host of interesting studies that illustrate the unique ways in which humans and other species experience fatherhood under the skin and, even so, elucidate the extent to which researchers have only scratched the surface in these exciting new domains. In total, Gray and Anderson’s Fatherhood adds richly to the ways we think about infant care and human cooperation as being foremost to understanding aspects of human evolution… Gray and Anderson have made a significant contribution to the field of biological anthropology. Appealing to both scholars and nonscholars alike, this text represents a new ‘go-to’ source for those wishing to learn about evolutionary, anthropological approaches to human and hominin fatherhood. For those of us who seek to teach the value of a truly integrative approach to these subjects, this book will undoubtedly prove to be a highly valuable commodity at both the graduate and undergraduate levels.”—Lee T. Gettler, American Journal of Human Biology

“This book should be required reading for all fathers and potential fathers. Whether a man is contemplating starting a family down the road as a biological father or buying one ready-made off the shelf as a stepfather, this is the indispensable guidebook for trying to be good at fatherhood. Similarly, for social and behavioral scientists interested in families and parenting from a cross-cultural perspective, this will become the standard reference for years to come. No matter what perspective one brings to the table—this reviewer’s happens to be evolutionary—there is plenty here to make one think. It is almost scary how much information Gray and Anderson pack in this book, let alone how easy it is to read.”—M. J. O’Brien, Choice

“Gray and Anderson’s Fatherhood: Evolution and Human Paternal Behavior provides a much-needed perspective on men’s parenting in general, as well as nuanced discussion of how this parenting varies across cultures, historical periods within cultures, and across individual men. The evolutionary perspective is critical, but equally important is the focus on fatherhood, as books and articles on fatherhood are dwarfed by a large and growing body of research on motherhood and alloparenting. In redressing this balance, Gray and Anderson do for fatherhood what [Sarah] Hrdy has done for motherhood… Essential reading for anyone interested in fatherhood and…an excellent starting point for researchers who want to pursue evolutionarily informed studies of fatherhood. Perhaps the most important quality of this work is that it should spark the interest of young evolutionary minded scholars, such that in coming decades fatherhood will be studied with the same care and depth that motherhood has been.”—Drew H. Bailey, Benjamin Winegard, and David C. Geary, Evolutionary Psychology

“This is a remarkable book, both for its clarity and for its depth of research and detail. What makes it unique is the authors’ multicultural and evolutionary approach to the issue of fatherhood. Among the elite group of scholars who study evolutionary anthropology, I can’t think of a pair more qualified to write this book than Gray and Anderson.”—Richard Bribiescas, Yale University