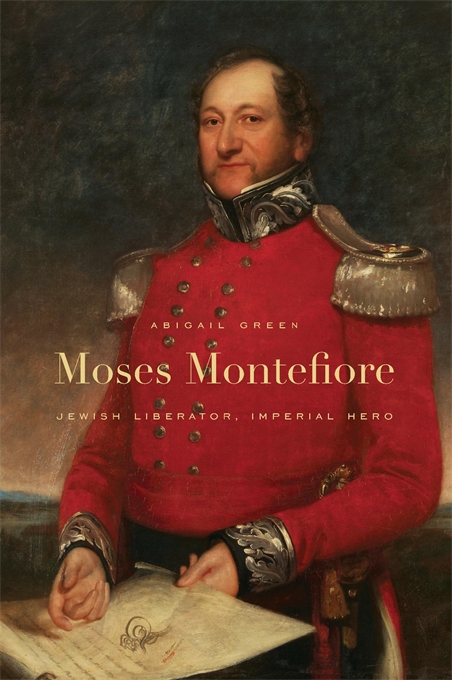 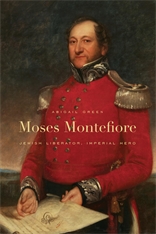 “The most impressive book I’ve read this year is Moses Montefiore: Jewish Liberator, Imperial Hero… Green’s book, however, is not just the biography of a Jewish worthy: it is a wide-ranging study of Britain’s liberal imperialism at the zenith of its moral influence, and of the emergence of a modern Jewish consciousness.”—Adam Kirsch, Times Literary Supplement

“If one of the most famous men of his age is now barely a name, that may in part be because his astonishing life’s story has never been properly told before; as Abigail Green’s splendid biography shows, it is as rich, complex and absorbing as a nineteenth-century novel… This is a marvelous book, as absorbing as it is learned.”—Geoffrey Wheatcroft, Times Literary Supplement

“Green writes deftly and tells Montefiore’s story with an admirable thoroughness… Moses Montefiore is mercifully free of academic theory. It is exactly what a good biography should be—fair and illuminating without ever descending to hagiography.”—Walter Laqueur, Wall Street Journal

“[An] erudite, intelligent, and graceful biography of Moses Montefiore… A daughter of a Sebag-Montefiore herself, [Green] has had access to some family archival sources not available to her scholarly predecessors, but her kinship to her subject is never uncritical. When Moses Montefiore waxes pompous in his proconsular grandeur (a not infrequent occurrence); when he dons rose-tinted glasses about the prospects of his Palestinian enterprises; when he fails to treat his underlings with the consideration and remuneration they merited; when he intolerantly slams the door of acceptance against those, including members of his own family, who wanted to reform contemporary Judaism; when the trail of the great patriarch leads to extramarital dalliances—Green tells it like it most certainly was. The result of this sympathetic candor is a portrait rich in human complexity from which Montefiore’s profound importance for the history of the Jews rises at last above mere ritual veneration… Green’s book is a rich gift to history—and not just Jewish history—for its account not just of what Moses Montefiore did or did not do, but also of what he was. Her pages are most memorable when they simply bring the old boy to vivid life amid all the complexities and perplexities of his great self-imposed calling.”—Simon Schama, New Republic

“This massive and absorbing biography by Abigail Green does [Montefiore] full justice. In a brief review, however, it is impossible even to enumerate all the issues in which Montefiore was deeply committed. The sheer range of his activities in many countries made him one of the first truly global superstars, and it is astonishing that no full biography of him has previously been written.”—Robert Wilson, Canberra Times

“Green’s account is often entertaining…Green, herself a twig on the Sebag Montefiore family tree, is more interested in historical themes she thinks have been neglected: how Montefiore used piety, philanthropy and publicity to rally sympathy on a global scale, paving the way for today’s campaigns and interventions on behalf of humanitarian causes.”—The Economist

“[An] extensive and engaging biography… Moses Montefiore’s remarkable life is both a Jewish story and an international one, even if today, Montefiore, if he is remembered at all, is remembered almost exclusively in Jewish circles.”—Shalom Goldman, Haaretz

“A well-researched and beautifully written biography, Abigail Green’s Moses Montefiore: Jewish Liberator, Imperial Hero presents for the first time the full story of the preeminent champion of Jewish emancipation on a global scale. Green illuminates Montefiore’s life in the UK and his engagement in European and Middle Eastern diplomacy on behalf of his Jewish brethren in all its complexity.”—Jewish Book World

“Abigail Green (an Oxford don who is also a Sebag-Montefiore) has brilliantly synthesized a wealth of other sources, many of them never before used by Montefiore scholars. The picture that emerges is sombre and in some respects shocking.”—Geoffrey Alderman, Jewish Chronicle

“It would be hard to find words grand enough to describe Abigail Green’s history of her relative Sir Moses Montefiore. ‘Admirable,’ ‘dignified,’ ‘comprehensive’: all of them are true and so much more.”—Rabbi Brian Fox, Jewish Telegraph

“The achievement of this book is in combining sumptuous production, with over five hundred large format pages; especially the fascinating illustrations and quality of content, given the meticulous scholarship, delving into dusty archives in many languages, the clear empathy with and celebration of her subject’s warmth and self sacrifice stylishly described. As a scholar of early humanitarianism, Abigail Green has risen to the challenge of describing the life of the man who molded what was then a novel idea.”—Yerachmiel Rubin, Jewish Tribune

“Deeply impressive… Green never allows the reader to lose sight of Montefiore’s truly pioneering achievements, or of his courage, generosity, and farsightedness. In writing about this incomparable life, Green has produced an incomparable book. More than a biography, Moses Montefiore takes its place as one of the essential works on modern Jewish history.”—Adam Kirsch, Tablet Magazine

“[A] mammoth warts-and-all account of Montefiore and his times.”—Priscilla S. Taylor, Washington Times

“Abigail Green is without doubt the most brilliant rising star in modern European Jewish history. Her biography of Moses Montefiore, one of the great torch-bearers of Jewish emancipation, redefines the role played by Jews in the prehistory of globalization, as well as the history of philanthropy. She is a profound historical thinker and a marvelous writer into the bargain. This is a masterpiece of scholarship and historical imagination.”—Niall Ferguson

“An absolutely first-rate biography of the nineteenth-century champion of imperiled Jews. Green’s account of Montefiore’s faith and his attachment to the land of Israel is especially compelling. Written in a lively manner, this book will have broad appeal.”—Todd Endelman, author of The Jews of Britain, 1656–2000

“An elegant, accessible, and intellectually impressive book. Sir Moses Montefiore was a dominant presence in Anglo-Jewish society, a towering figure pressing Jewish interests on the international stage. Green explores Montefiore’s public work as well as his family life and religious beliefs, and provides an innovative account of Jewish politics in nineteenth-century Europe.”—David Feldman, author of Englishmen and Jews

“This magisterial biography illuminates the life of one of the most important, yet least understood, figures in modern Jewish history. Green shows that European religious sensibility, liberal humanitarianism, and Great Power politics were indispensable preconditions for Jewish emancipation and twentieth-century Jewish politics. Gracefully written, yet supported by massive erudition, Green’s book deserves a wide readership.”—Derek Penslar, author of Shylock’s Children