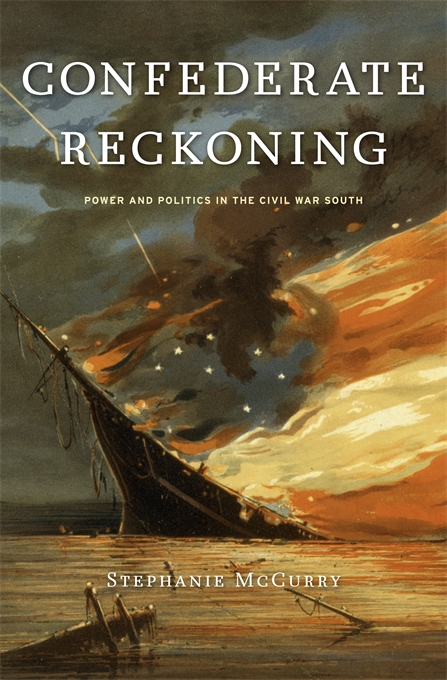 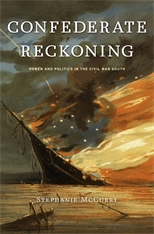 Power and Politics in the Civil War South

“McCurry strips the Confederacy of myth and romance to reveal its doomed essence. Dedicated to the proposition that men were not created equal, the Confederacy had to fight a two-front war. Not only against Union armies, but also slaves and poor white women who rose in revolt across the South. Richly detailed and lucidly told, Confederate Reckoning is a fresh, bold take on the Civil War that every student of the conflict should read.”—Tony Horwitz, author of Confederates in the Attic

“McCurry challenges us to expand our definition of politics to encompass not simply government but the entire public sphere. The struggle for Southern independence, she shows, opened the door for the mobilization of two groups previously outside the political nation—white women of the nonslaveholding class and slaves… Confederate Reckoning offers a powerful new paradigm for understanding events on the Confederate home front.”—Eric Foner, The Nation

“Perhaps the highest praise one can offer McCurry’s work is to say that once we look through her eyes, it will become almost impossible to believe that we ever saw or thought otherwise… At the outset of the book, McCurry insists that she is not going to ask or answer the timeworn question of why the South lost the Civil War. Yet in her vivid and richly textured portrait of what she calls the Confederacy’s ‘undoing,’ she has in fact accomplished exactly that.”—Drew Gilpin Faust, The New Republic

The story of the Confederate States of America, the proslavery, antidemocratic nation created by white Southern slaveholders to protect their property, has been told many times in heroic and martial narratives. Now, however, Stephanie McCurry tells a very different tale of the Confederate experience. When the grandiosity of Southerners’ national ambitions met the harsh realities of wartime crises, unintended consequences ensued. Although Southern statesmen and generals had built the most powerful slave regime in the Western world, they had excluded the majority of their own people—white women and slaves—and thereby sowed the seeds of their demise.

Wartime scarcity of food, labor, and soldiers tested the Confederate vision at every point and created domestic crises to match those found on the battlefields. Women and slaves became critical political actors as they contested government enlistment and tax and welfare policies, and struggled for their freedom. The attempt to repress a majority of its own population backfired on the Confederate States of America as the disenfranchised demanded to be counted and considered in the great struggle over slavery, emancipation, democracy, and nationhood. That Confederate struggle played out in a highly charged international arena.