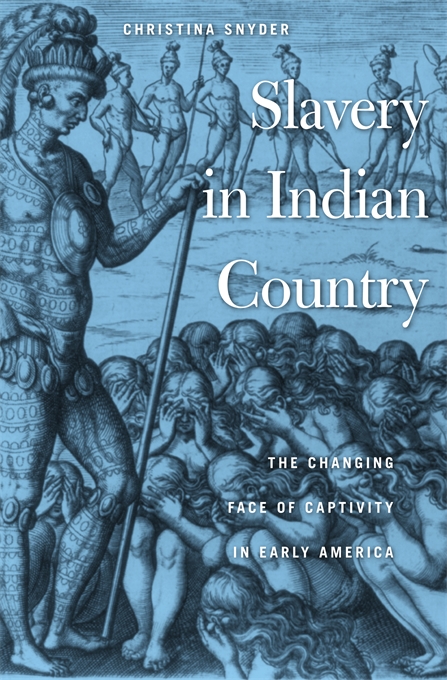 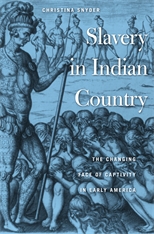 The Changing Face of Captivity in Early America

Slavery existed in North America long before the first Africans arrived at Jamestown in 1619. For centuries, from the pre-Columbian era through the 1840s, Native Americans took prisoners of war and killed, adopted, or enslaved them. Christina Snyder’s pathbreaking book takes a familiar setting for bondage, the American South, and places Native Americans at the center of her engrossing story.

Indian warriors captured a wide range of enemies, including Africans, Europeans, and other Indians. Yet until the late eighteenth century, age and gender more than race affected the fate of captives. As economic and political crises mounted, however, Indians began to racialize slavery and target African Americans. Native people struggling to secure a separate space for themselves in America developed a shared language of race with white settlers. Although the Indians’ captivity practices remained fluid long after their neighbors hardened racial lines, the Second Seminole War ultimately tore apart the inclusive communities that Native people had created through centuries of captivity.

Snyder’s rich and sweeping history of Indian slavery connects figures like Andrew Jackson and Cherokee chief Dragging Canoe with little-known captives like Antonia Bonnelli, a white teenager from Spanish Florida, and David George, a black runaway from Virginia. Placing the experiences of these individuals within a complex system of captivity and Indians’ relations with other peoples, Snyder demonstrates the profound role of Native American history in the American past.