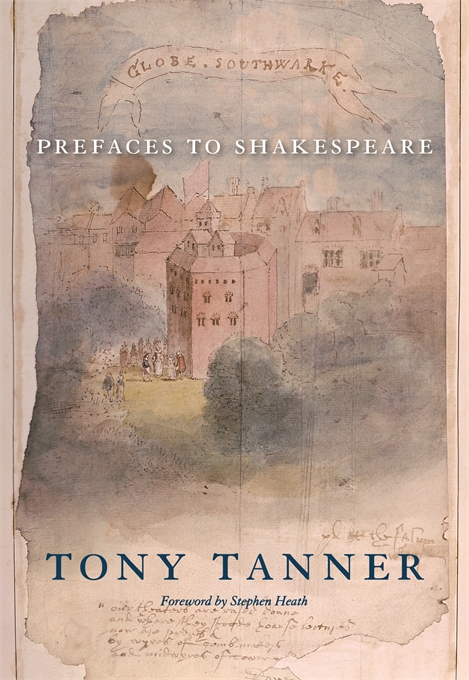 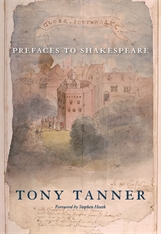 “To read this collection of introductions to Shakespeare’s plays, more than ten years after Tanner’s death, is to be reintroduced to his conversation. For in this, his final and finest critical work, Tanner’s writing is at its most brilliant: he can summarize with the utmost economy; he can describe sources with the deftest of touches; he can, in sentences bristling with parentheses and boiling with quotations, develop the most complex of arguments, his own language engaging with Shakespeare’s in a graceful dance… It is an impressive introduction not only to the plays, but also to the whole tradition of Shakespeare criticism from Dryden to Stanley Cavell, from Johnson to Kermode, with Coleridge an especial favourite. There is very little repetition and almost every page contains illumination, from the critical tradition, from the historical context, from contemporary debate… If you ever go to the theatre to see Shakespeare, or even just read the plays at home, Tanner’s introductions are an indispensable guide.”—Colin MacCabe, New Statesman

“To read English at Cambridge in the late Fifties was to have the last opportunity to read the whole canon of English literature. Tanner has a strong claim to be the best reader ever produced by this particular formation and this is the underlying force of all his work. His greatest triumphs were reserved for last. Venice Desired (Harvard 1992) looked at that fabled city through its literary representations… It might have seemed difficult to surpass this superb interweaving of literature and history but Tanner’s next task was his magnum opus—to provide prefaces to every one of Shakespeare’s plays. All of Tanner’s life and education had prepared him for this task and the results are magnificent—both accessible and learned.”—Colin McCabe, The Independent

“One is drawn in by Tanner’s Kermode-like attention to language. There is something exhilarating about watching a mind—an open and attentive one—engage with vocabulary, etymology, repetition, syntax… At his best, Tanner thinks and writes like an Elizabethan. He loves copia. He relishes vocabulary… This love of words is at its most engaging when he admits interpretative defeat. The chapter on All’s Well that Ends Well is a tour de force in this respect: time and again, Tanner’s acute ear and eye lead him to point out phrases and sentences that simply don’t make sense.”—Laurie Maguire, The Times Literary Supplement

“It is tempting to devour this superb book in one long session, though at 3 lbs. and 800-plus pages there is a serious physical challenge. Our attention is constantly provoked by dazzling insights and informative zest, but the writing also promotes long thought and deep reflection… There have been few books on Shakespeare’s art as good as this.”—Tom Deveson, Around the Globe

“I do hope every teacher and professor can love and illuminate the plays as well as Tanner does in these insightful, elegant, and witty essays.”—Arthur Phillips, Barnes & Noble Review

“As an extended introduction, especially for students and other readers looking to become more familiar with the plays, it is a very good one indeed.”—William H. Pritchard, Hudson Review

“Prefaces to Shakespeare is a collection of the essays that the Cambridge professor Tony Tanner wrote to accompany the plays for the Everyman’s Library series. Tanner, who died in 1998, maintains an easy, book-club tone, at once gentle and generous. Though some essays probe more deeply than others (he’s sharpest on the comedies), he’s always sensitive to how the themes of change and regeneration recur. And at almost every juncture, he resists the temptation to speculate out of hand.”—Jeremy McCarter, The New York Times Book Review

“Tony Tanner’s introductory essays take us deeply into the fierce, strange life of words, thought, and character in Shakespeare’s plays. This is generous and authoritative criticism. The vividness of Tanner’s own critical voice, often evoking Shakespeare’s craft as writer, is remarkable.”—Kenneth Gross, author of Shakespeare’s Noise and Shylock Is Shakespeare

“Tony Tanner was probably the most versatile and ingenious English critic of his time. His prose was exemplary, full of life and humor, and his literary range was extraordinary. The acknowledged leader of British Americanists, he was also admired for his books on Jane Austen, and he broke new ground in Adultery in the Novel and Venice Desired (Harvard 1992). But in his own opinion the Shakespeare Prefaces were his finest work, and it would be difficult to disagree. The essays cover the entire range of the plays, treating them with characteristic brio in that very personal style that accommodates new insights, based on expert close reading, with an easy command of historical and linguistic contexts. I would recommend this book above all others to an interested young person, provided he or she was both intelligent and capable of delight in the poetry of the plays as Tanner makes it manifest.”—Sir Frank Kermode