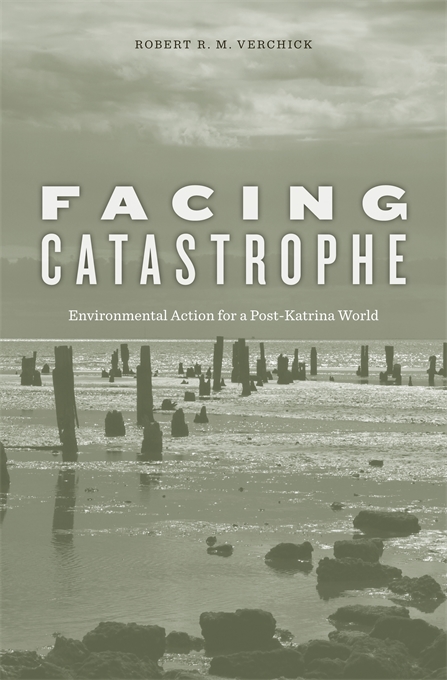 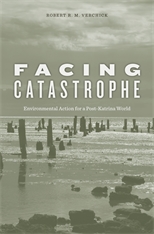 Environmental Action for a Post-Katrina World

As Hurricane Katrina vividly revealed, disaster policy in the United States is broken and needs reform. What can we learn from past disasters—storms, floods, earthquakes, tsunamis, landslides, and wildfires—about preparing for and responding to future catastrophes? How can these lessons be applied in a future threatened by climate change?

In this bold contribution to environmental law, Robert Verchick argues for a new perspective on disaster law that is based on the principles of environmental protection. His prescription boils down to three simple commands: Go Green, Be Fair, and Keep Safe. “Going green” means minimizing exposure to hazards by preserving natural buffers and integrating those buffers into artificial systems like levees or seawalls. “Being fair” means looking after public health, safety, and the environment without increasing personal and social vulnerabilities. “Keeping safe” means a more cautionary approach when confronting disaster risks.

Verchick argues that government must assume a stronger regulatory role in managing natural infrastructure, distributional fairness, and public risk. He proposes changes to the federal statutes governing environmental impact assessments, wetlands development, air emissions, and flood control, among others. Making a strong case for more transparent governmental decision-making, Verchick offers a new vision of disaster law for the next generation.