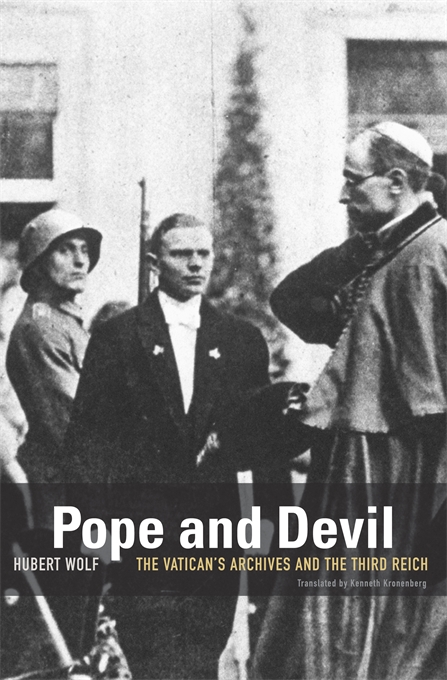 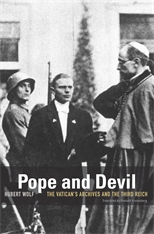 The Vatican's Archives and the Third Reich

The Vatican’s dealings with the Weimar Republic and the Third Reich have long been swathed in myth and speculation. After almost seventy years, the crucial records for the years leading up to 1939 were finally opened to the public, revealing the bitter conflicts that raged behind the walls of the Holy See. Anti-Semites and philo-Semites, adroit diplomats and dogmatic fundamentalists, influential bishops and powerful cardinals argued passionately over the best way to contend with the intellectual and political currents of the modern age: liberalism, communism, fascism, and National Socialism. Hubert Wolf explains why a philo-Semitic association was dissolved even as anti-Semitism was condemned, how the Vatican concluded a concordat with the Third Reich in 1933, why Hitler’s Mein Kampf was never proscribed by the Church, and what factors surrounded the pope’s silence on the persecution of the Jews.

In rich detail, Wolf presents astonishing findings from the recently opened Vatican archives—discoveries that clarify the relations between National Socialism and the Vatican. He illuminates the thinking of the popes, cardinals, and bishops who saw themselves in a historic struggle against evil. Never have the inner workings of the Vatican—its most important decisions and actions—been portrayed so fully and vividly.