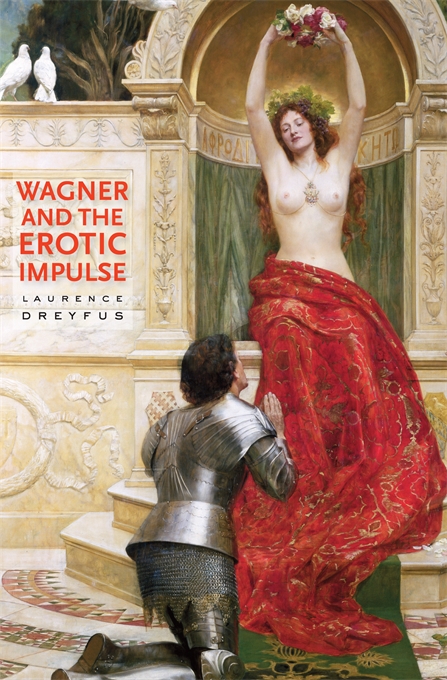 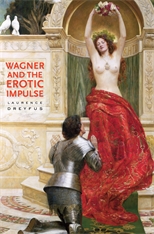 “This is an altogether unusual portrait of the composer, one resting on a platform of brazen sexuality. Dreyfus posits Eros both as a prism through which to access Wagner’s biography and oeuvre anew, and as the impulse driving the latter into existence… The hazards attendant on a study of Eros are offset by the strength of Dreyfus’s argument. He elevates the erotic to a central paradigm for Wagner: its force is thematised in Tannhäuser, Tristan and Parsifal, documented throughout Wagner’s writings, and substantiated by contemporary discourse, both passionate espousal and disgust. But as the author later explains, erotic impulse is also fundamental to the experience of music… Telling details are often the gems in any history, and this book is richly studded… Dreyfus’s command of sources is impressive; all are newly translated, their contextual breadth forming a latter-day answer to Greenblatt’s so-called new historicism… A rich study, saturated with insight, fresh perspective and delivered with panache. The virtuosity of Dreyfus’s readings is often dazzling, if challenging to a more mainstream approach to Wagner… Yet Dreyfus’s strategy of bringing historical voices to the fore allows him to open up broader hermeneutic horizons with ease… So thought-provoking is this study in its claims that it will surely give impetus to further scholarly work on erotics, as an historical nodal point both for Wagner reception, and perhaps for music more broadly.”—David Trippett, Cambridge Opera Journal

“[Dreyfus] has produced a scholarly yet eminently readable volume that will bewitch any opera-lover. Like a benign magician—like Wagner himself, perhaps—Dreyfus conjures up a vivid array of characters and allows them to reveal their innermost thoughts through their own words and deeds. Nietzche and Schopenhauer are there, as are Baudelaire, Bulow, Heine, D’Annunzio, Thomas Mann, Krafft-Ebing and Henry James.”—Daniel Snowman, Opera

“Dreyfus’ book is an excellent account of what is by any measure a crucial aspect of Wagner’s extraordinary art.”—Bradley Winterton, The Taipei Times

“Nietzsche’s posthumous fragment [on the ardours of music for Tristan und Isolde] is one of many examples which Laurence Dreyfus cites in his book to prove that it wasn’t Richard Wagner’s broadsides against ‘Judaism’ but rather his connection to eroticism and sexuality which enraged contemporaries. Dreyfus notes rightly that the relationships between what Nietzsche termed Wagner’s ‘morbid sexuality,’ the treatment of Eros in his music dramas, and its reception at the time has thus far been treated only hesitantly in Wagner scholarship. Wagner and the Erotic Impulse tries to fill this gap, and Dreyfus, to come directly to the point, doesn’t shy away from naming ‘the actual word for the ardours of the music in Tristan.’ That this musicologist (and virtuoso on the viola da gamba) who teaches at Magdalen College Oxford also exhibits a downright off-the-cuff and refreshingly irreverent handling of Wagner and the subject of eroticism is certainly surprising… That music should be able to simulate (or even stimulate) desire because it lacks an erotic object, and that by ‘purely musical’ means should be able to represent tension, impulses, arousal and deliverance ought to enlighten every Wagner-listener. And how the tender love motive in the first scene of Die Walküre has risen to a wild mania at the end of the first act is conveyed to the listener, if not consciously, then certainly unconsciously. One can confidently subscribe to Dreyfus’s conclusion that Wagner’s erotics had decidedly more significant artistic consequences than did his anti-Semitism… [Dreyfus] must be credited with having treated a noteworthy theme without striking wrong notes.”—Wolfgang Fuhrmann, Wagner Spectrum

“A fascinating study of a distinct dimension of Wagner’s life and art.”—Larry Lipkis, Library Journal

“By shifting our attention from Wagner’s politics to his erotics, Dreyfus enriches our understanding of all the major Wagner operas, as well as of the composer himself. This book will transform Wagner studies and the study of music and sexuality.”—Karol Berger, Stanford University

“Dreyfus’s searching study of Wagner’s sexuality—one with distinctively feminized and fetishistic qualities—penetrates to the core of both the man and the artist. His achievement is that he not only tells us more about the nature of Wagner’s eroticism per se, but also makes clear how this substantively affected the music he wrote. An important contribution that brilliantly illuminates some crepuscular zones of the Wagner phenomenon.”—Barry Millington, Editor of the Wagner Journal