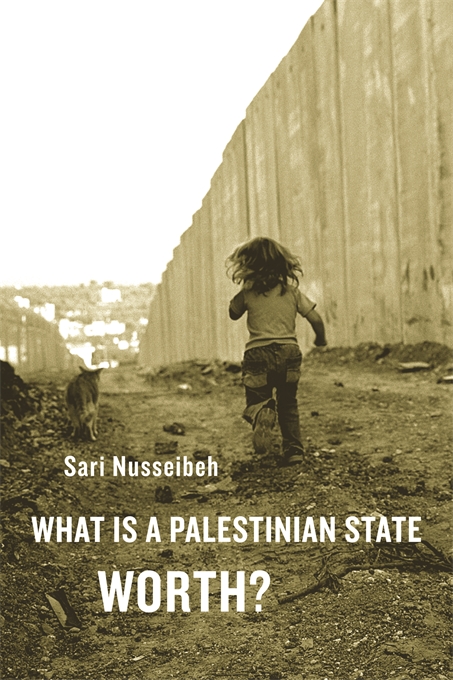 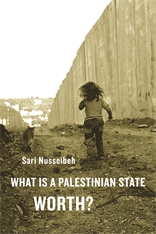 What Is a Palestinian State Worth?

“Nusseibeh’s informal style, urgent and passionate, and especially his call to sit down with the enemy, will engage all sides in intense debate.”—Hazel Rochman, Booklist

“In a display of rationality uncommon to discussions of the Israeli–Palestinian conflict, Nusseibeh takes an impartial vantage point, trying to sort out a mess largely generated by overblown and hyperactive political identities… Few Israelis will read Nusseibeh’s book; fewer still will seriously ponder his proposal. But Nusseibeh is an experienced and bold politician and a shrewd intellectual. His views, accordingly, demand serious consideration.”—Avner Inbar and Assaf Sharon, The Boston Review

“The ideas might sound strange in their departure from conventional wisdom about the Palestinian–Israeli conflict and the positions of leaders and pundits on both sides, but it’s good policy to pay attention. In the past, Sari Nusseibeh has taken positions that his fellow Palestinians condemned—and then, a couple of uprisings and aborted peace conferences later, embraced.”—Haim Watzman, The Chronicle of Higher Education

“Sari Nusseibeh repeatedly expresses his belief that change is possible if people have the self-confidence and faith in themselves to act. He sees his task as an educator to be one of inculcating such faith. And he also describes, in several chapters of his often moving book, a moral basis for political action that can speak to all of us. Like Gandhi, and like Abdallah Abu Rahmah and Ali Abu Awwad…Nusseibeh seeks not to coerce his opponents—in this case the Israeli people along with their political and military institutions—into changing their self-destructive course but to change their will, or their feelings. He wants them to step back from prejudice and an obsession with brute force and to open their eyes. He wants them to find in themselves the generosity of spirit needed in order to take a chance on peace, whether in the form of two states or a single binational entity or, perhaps, some kind of confederation.”—David Shulman, The New York Review of Books

“An oddly detached sense of hope runs through What is a Palestinian State Worth?; there is nothing like it in the literature of this conflict. Every year thousands of articles and blog posts are produced about how to end the conflict. They all feel stale. This book does not.”—Greg Waldmann, Open Letters Monthly

“Palestinians live in Israel (or under Israeli occupation) without freedom, legal rights, resources, under the constant threat of state violence; Israelis, living under the constant threat of terrorist violence, are also trapped. Nusseibeh recommends reframing the conflict and advocates that negotiators look beyond the conference room to focus on the reality in the homes and streets of Palestinians and Israelis, and envision a collective peace, progress, and safety. Nusseibeh makes a number of tentative stabs at envisioning possible solutions, and his philosophical and balanced book is unfailingly sensitive and empathetic to both sides.”—Publishers Weekly

“Sari Nusseibeh is not a Palestinian Gandhi—he is a secular intellectual, not a saint, and while he has occupied prominent roles in Palestinian life (formerly as a leader of the first intifada and a Palestinian Authority diplomat, currently as president of al-Quds University), he has never commanded a mass following. But in his short new book he comes closer to advocating a Gandhian strategy than any other Palestinian leader I know of.”—Adam Kirsch, Tablet Magazine