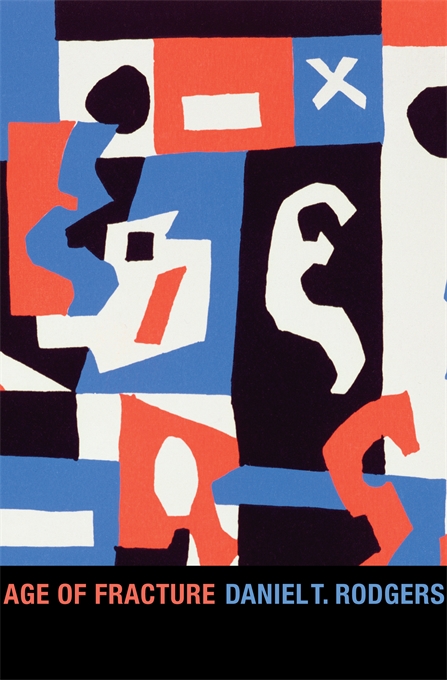 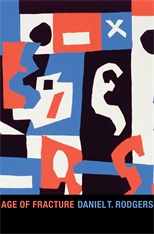 “It is hard to think of a work of American intellectual history, written in the last quarter of a century, that is more accomplished or more likely to remain permanently influential.”—Michael O’Brien, The Times Literary Supplement

“An evocative meditation on the last 25 years of the 20th century… Rodgers describes the sources driving the dissolution of an overarching American ideal… Speaks in heart-rending ways to our current world.”—Jonathan Holloway, The Chronicle of Higher Education

“I live in a different country than the one into which I was born in 1942. I have never been quite able to pinpoint exactly what makes it so different. More than any other book I’ve read in recent years, Age of Fracture, by the Princeton historian Daniel T. Rodgers, has helped me to discover and to understand that difference… His ability to explain complex ideas—the Coase theorem comes to mind—is exemplary. He is unapologetic about treating intellectuals, and even academics, as producers of ideas worth taking seriously. He has the ability, unusual for historians of our day, to engage directly in current debates and to write with the clarity of a future observer of these same events. Intellectual history is never that easy to do. An intellectual history of our own time is even harder to pull off. Rodgers has done it and done it well. Perhaps, then, this book will have the happy effect of bringing to an end the trends it brings to light. Rodgers writes about our descent into thinking small because he wants us to once again think big—or so I read between his lines. If more thinkers wrote books like this, the country in which I live may once again resemble the one in which I was born. How sweet that would be.”—Alan Wolfe, The New Republic online

“Rodgers is onto something, and many of his observations are startling.”—Corey Robin, London Review of Books

“Rodgers offers a series of penetrating soundings into the social thought of the end of the twentieth century. He considers the recasting of terms in economic theory, the reconceptualizations of power in social theory, the attacks on ‘essentialism’ in race and gender theory, and the diminished notions of obligation in political theory. Finally, he stresses our own curious encounters with the disaggregated past, via glib interpretations that impart an ‘increasingly malleable, flexible, and porous’ quality to history… Again and again in the dominant modes of thought in these years, Rodgers finds institutions, identities, social bonds, and even history itself thinning out and coming apart.”—Robert Westbrook, Bookforum

“[An] important and well-written book… Age of Fracture helps us understand how the recent past set the terms for our current attempts to see society whole and conceive of an agenda for its future… [Rodgers] is a master of his craft; and this book, in which he takes history into the near present, shows what this mastery looks like in practice… Rodgers’s diagnostic survey of the most local and recent turn in the modern cycle of integration and disaggregation is essential reading for thinking about what is to come.”—Samuel Moyn, Dissent

“In The Age of Fracture, Daniel Rodgers offers an elegant, often eloquent, history of intellectual life in the last quarter of the twentieth century.”—Lisa Szefel, History News Network

“Rodgers has a knack for characterizing and assessing ideas without reducing them to their strictly polemical dimensions. But he also conveys the urgency and consequence of intellectual debate: the sense that it has stakes… Age of Fracture provides a frequently insightful narrative of recent public intellectual life in this country—and also some understanding of its precarious situation now.”—Scott McLemee, The National

“While Rodgers’ narrative about the right is fascinating, none of it is terribly surprising: Defending the prerogatives of corporations and the wealthy, in new and novel ways, is what conservatives do. Age of Fracture provokes by showing that just as conservatives were marshaling their intellectual and philanthropic forces for what New Right gladiator Paul Weyrich called ‘a war of ideology…a war of ideas, it’s a war about our way of life,’ liberals and progressives themselves ‘fractured’ instead… Rodgers acknowledges both the long, shameful history of oppression as well as the thrilling cultural and political ferment that fractured the left into separate, sometimes warring mini-caucuses. But the book makes it clear that those fissures left liberalism without the ideology or rhetoric to combat the language of choice, markets and freedom that replaced social responsibility in the Reagan years.”—Joan Walsh, Salon

“A blend of commentary and contextualization, admirably judicious. Rodgers is an excellent anatomist. His forte is clarity. Once in a while, he delivers himself of an opinion that seems positively clairvoyant.”—Alex Danchev, Times Higher Education

“Rodgers offers a challenging interdisciplinary overview of the last quarter of the 20th century… The great value of this book is that the major contentious issues of our time are discussed within a historic and intellectual framework… Rodgers’s work may not enter the vernacular like David Riesman’s The Lonely Crowd, but it’s a similarly seminal look at the way we live (and govern) now.”—Thomas A. Karel, Library Journal

“With verve and fierce intelligence, Age of Fracture captures jagged truths about fluid thought, temporal upsets, and confrontations with fear. I could not put it down.”—Ira Katznelson, author of When Affirmative Action Was White

“Rodgers ranges deftly and expertly from Judith Butler to Jerry Falwell, exploring the fragmentation of American social thought in every conceivable arena. Age of Fracture is an indispensable guide to where we have been, and where—if anywhere—we might be going.”—Jackson Lears, Editor, Raritan

“Age of Fracture is an extraordinary book—an engrossing story of the new age of markets, a new kind of history of ideas, traversing the frontiers between intellectual, political and public words, and a brilliant explanation of contemporary public life.”—Emma Rothschild, author of Economic Sentiments: Adam Smith, Condorcet, and the Enlightenment