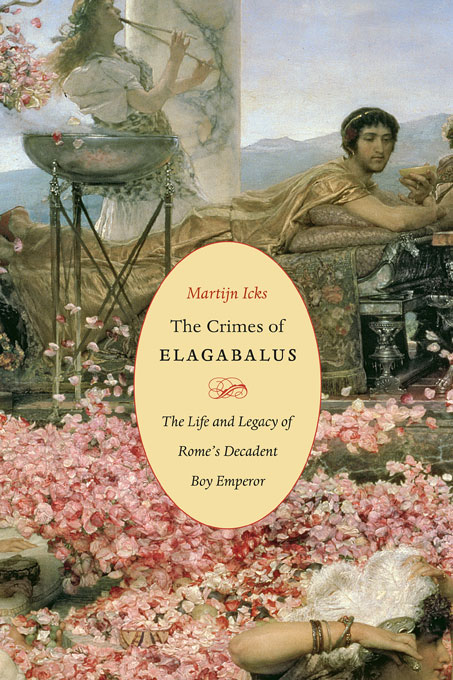 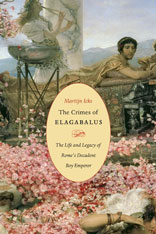 The Crimes of Elagabalus

The Life and Legacy of Rome's Decadent Boy Emperor

The four short years of Elagabalus’s rule have generated nearly two millennia of sustained attention, from salacious rumor to scholarly analysis to novels that cast him as a gay hero avant la lettre. Here, Martijn Icks succeeds in distinguishing the reality of the emperor’s brief life from the myth that clouds it—and in tracing the meaning of the myth itself to the present day.

In 219 CE, when the fourteen-year-old Syrian arrived in Rome to assume the throne, he brought with him a conical black stone, which he declared was the earthly form of the sun god El-Gabal, who gave Elagabalus his name and lifelong office as high priest. Shoving Jupiter aside, the new emperor did the unthinkable, installing El-Gabal at the head of the Roman pantheon and marrying a vestal virgin. Whether for these offenses, his neglect of the empire, or weariness from watching the emperor dance at the elaborate daily sacrifices, the imperial guards murdered Elagabalus and put El-Gabal in a packing crate.

Sifting through later accounts of the emperor’s outrageous behavior, Icks finds the invented Elagabalus as compelling as the historical figure. In literature, art, and music from the fifteenth century on, Elagabalus appears in many guises, from evil tyrant to anarchist rebel, from mystical androgyne to modern gay teenager, from decadent sensualist to pop star. These many reincarnations reveal as much about the ages that produced them, Icks shows, as they do about the bad-boy emperor himself.