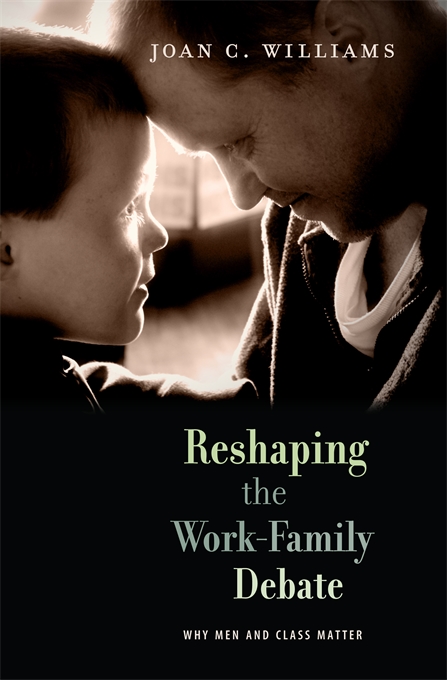 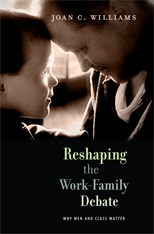 Why Men and Class Matter

On CNBC’s Power Lunch, watch Joan Williams and former Pennsylvania governor Ed Rendell respond to the 2016 presidential election results as a function of a class-culture divide:

The United States has the most family-hostile public policy in the developed world. Despite what is often reported, new mothers don’t “opt out” of work. They are pushed out by discriminating and inflexible workplaces. Today’s workplaces continue to idealize the worker who has someone other than parents caring for their children.

Conventional wisdom attributes women’s decision to leave work to their maternal traits and desires. In this thought-provoking book, Joan Williams shows why that view is misguided and how workplace practice disadvantages men—both those who seek to avoid the breadwinner role and those who embrace it—as well as women. Faced with masculine norms that define the workplace, women must play the tomboy or the femme. Both paths result in a gender bias that is exacerbated when the two groups end up pitted against each other. And although work–family issues long have been seen strictly through a gender lens, we ignore class at our peril. The dysfunctional relationship between the professional-managerial class and the white working class must be addressed before real reform can take root.

Contesting the idea that women need to negotiate better within the family, and redefining the notion of success in the workplace, Williams reinvigorates the work–family debate and offers the first steps to making life manageable for all American families.