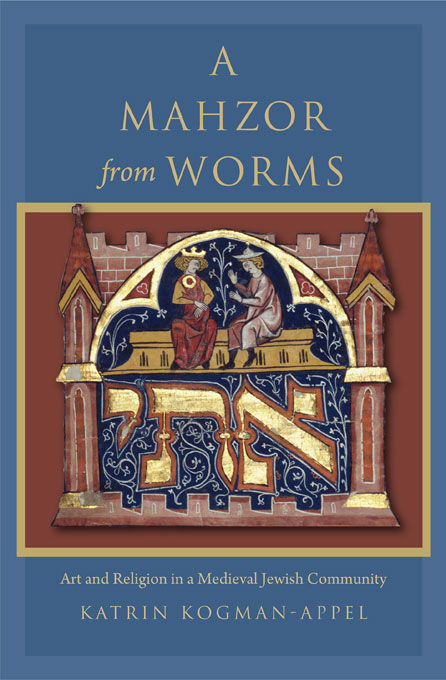 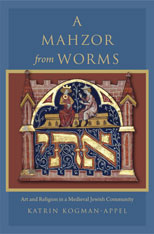 A Mahzor from Worms

Art and Religion in a Medieval Jewish Community

The Leipzig Mahzor is one of the most lavish Hebrew illuminated manuscripts of all time. A prayer book used during Jewish holidays, it was produced in the Middle Ages for the Jewish community of Worms in the German Rhineland. Though Worms was a vibrant center of Judaism in the eleventh and twelfth centuries and drew celebrated rabbis, little is known about the city’s Jews in the later Middle Ages. In the pages of its famous book, Katrin Kogman-Appel discovers a portal into the life of this fourteenth-century community.

Medieval mahzorim were used only for special services in the synagogue and “belonged” to the whole congregation, so their visual imagery reflected the local cultural associations and beliefs. The Leipzig Mahzor pays homage to one of Worms’s most illustrious scholars, Eleazar ben Judah. Its imagery reveals how his Ashkenazi Pietist worldview and involvement in mysticism shaped the community’s religious practice. Kogman-Appel draws attention to the Mahzor’s innovations, including its strategy for avoiding visual representation of God and its depiction of customs such as the washing of dishes before Passover, something less common in other mahzorim. In addition to decoding its iconography, Kogman-Appel approaches the manuscript as a ritual object that preserved a sense of identity and cohesion within a community facing a wide range of threats to its stability and security.

This book was published with the support of the Israel Science Foundation.