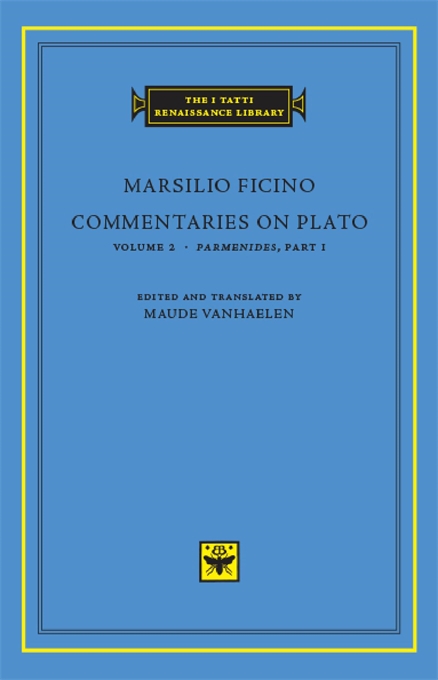 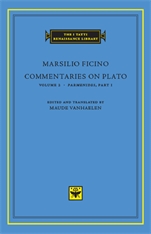 The I Tatti Renaissance Library 51

Edited and translated by Maude Vanhaelen

Villa I Tatti > The I Tatti Renaissance Library > Commentaries on Plato > Volume 2: Parmenides

“Ficino’s focus was on the writings of Plato, which were the subject of his study, his translation, and his extensive commentary. One of the most extensive of those commentaries—on Plato’s Parmenides—is now one of the most recent additions to Harvard’s superb ongoing I Tatti Renaissance Library. In a two-volume accomplishment all the more astounding for being conducted so unassumingly, Maude Vanhaelen has taken Ficino’s 1496 edition of the commentary on Parmenides, regularized its usages, combed out its typos, modernized its spellings, and thereby produced the single finest scholarly version of this long and problematic work yet made… Thanks to Maude Vanhaelen and the I Tatti Library, we can now study Ficino’s epic Parmenides commentary as it should be studied: with a clear, nailed-down text, a fine English translation, and some wide-ranging, hard-working notes. Renaissance scholars—that tiny, hard-drinking enclave—will rightly rejoice.”—Steve Donoghue, Open Letters Monthly