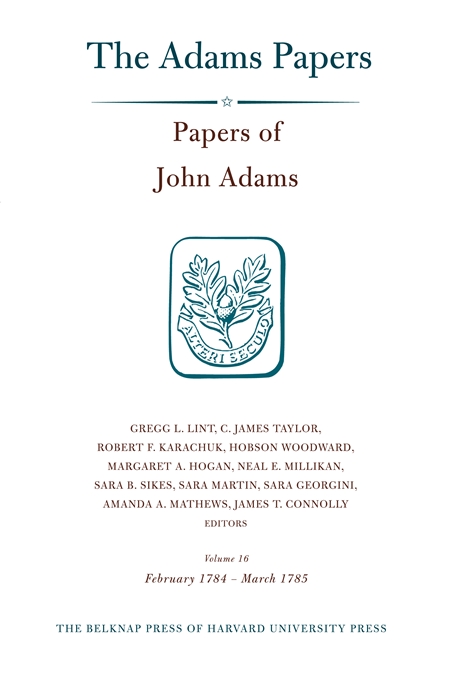 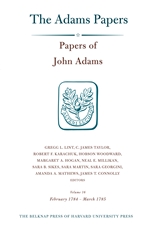 “Once more after an Interruption of ten Years, I pronounce myself a happy Man, and pray Heaven to continue me so.” Thus wrote John Adams in late August 1784 after the arrival in Europe of his wife Abigail and daughter Nabby. Adams and his family were living together in the pleasant Paris suburb of Auteuil. There Adams, with Benjamin Franklin and Thomas Jefferson, formed a joint commission to conclude commercial treaties with the nations of Europe and North Africa. For the first time since he had left America in 1778 on his first diplomatic mission, Adams was no longer engaged in “militia diplomacy.”

Volume 16 of the Papers of John Adams chronicles fourteen months of Adams’ diplomatic career. As minister to the Netherlands he raised a new Dutch loan to save America from financial ruin. As joint commissioner he negotiated a commercial treaty with Prussia, proposed similar treaties with other European nations, and prepared to negotiate with the Barbary states. The commissioners also sought to resolve Anglo-American differences left over from the peace negotiations and arising from the two nations’ burgeoning trade. Volume 16 thus forms a prelude to the next phase of John Adams’ diplomatic career, for his February 1785 appointment as minister to the Court of St. James meant that the management of Anglo–American relations would be his responsibility alone.