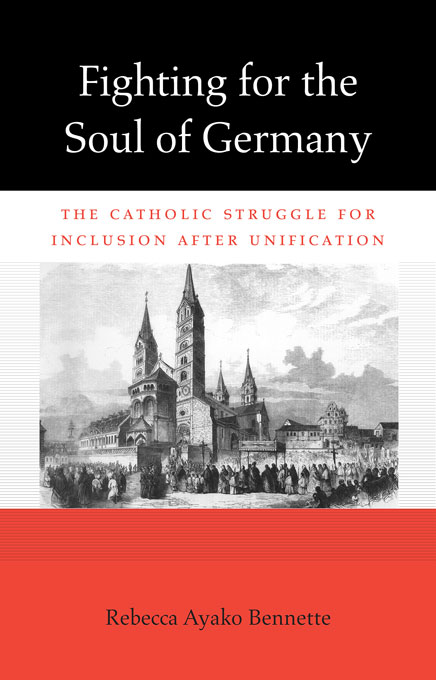 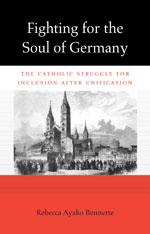 Fighting for the Soul of Germany

The Catholic Struggle for Inclusion after Unification

Historians have long believed that Catholics were late and ambivalent supporters of the German nation. Rebecca Ayako Bennette’s bold new interpretation demonstrates definitively that from the beginning in 1871, when Wilhelm I was proclaimed Kaiser of a unified Germany, Catholics were actively promoting a German national identity for the new Reich.

In the years following unification, Germany was embroiled in a struggle to define the new nation. Otto von Bismarck and his allies looked to establish Germany as a modern nation through emphasis on Protestantism and military prowess. Many Catholics feared for their future when he launched the Kulturkampf, a program to break the political and social power of German Catholicism. But these anti-Catholic policies did not destroy Catholic hopes for the new Germany. Rather, they encouraged Catholics to develop an alternative to the Protestant and liberal visions that dominated the political culture. Bennette’s reconstruction of Catholic thought and politics sheds light on several aspects of German life. From her discovery of Catholics who favored a more “feminine” alternative to Bismarckian militarism to her claim that anti-socialism, not anti-Semitism, energized Catholic politics, Bennette’s work forces us to rethink much of what we know about religion and national identity in late nineteenth-century Germany.