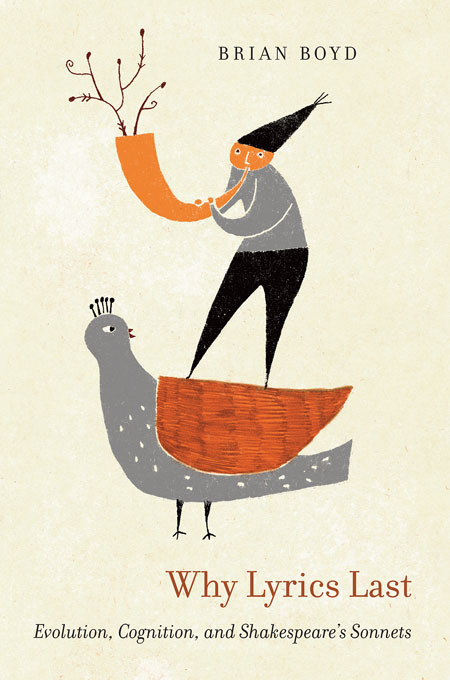 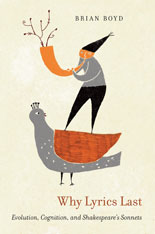 In Why Lyrics Last, the internationally acclaimed critic Brian Boyd turns an evolutionary lens on the subject of lyric verse. He finds that lyric making, though it presents no advantages for the species in terms of survival and reproduction, is “universal across cultures because it fits constraints of the human mind.” An evolutionary perspective—especially when coupled with insights from aesthetics and literary history—has much to tell us about both verse and the lyrical impulse.

Boyd places the writing of lyrical verse within the human disposition “to play with pattern,” and in an extended example he uncovers the many patterns to be found within Shakespeare’s Sonnets. Shakespeare’s bid for readership is unlike that of any sonneteer before him: he deliberately avoids all narrative, choosing to maximize the openness of the lyric and demonstrating the power that verse can have when liberated of story.

In eschewing narrative, Shakespeare plays freely with patterns of other kinds: words, images, sounds, structures; emotions and moods; argument and analogy; and natural rhythms, in daily, seasonal, and life cycles. In the originality of his stratagems, and in their sheer number and variety, both within and between sonnets, Shakespeare outdoes all competitors. A reading of the Sonnets informed by evolution is primed to attend to these complexities and better able to appreciate Shakespeare’s remarkable gambit for immortal fame.