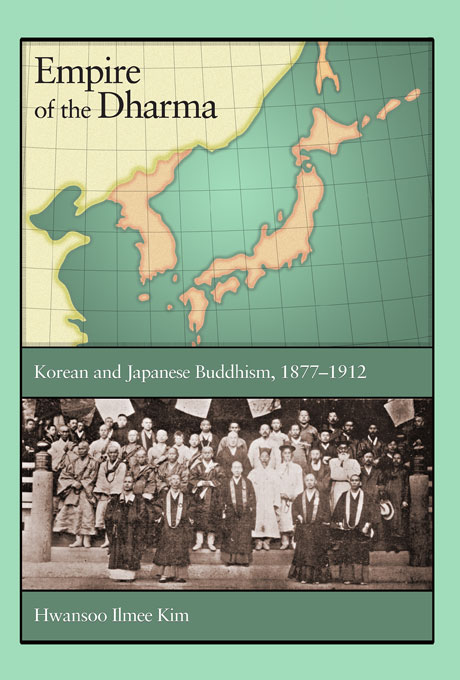 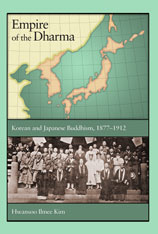 Empire of the Dharma

Empire of the Dharma explores the dynamic relationship between Korean and Japanese Buddhists in the years leading up to the Japanese annexation of Korea. Conventional narratives cast this relationship in politicized terms, with Korean Buddhists portrayed as complicit in the “religious annexation” of the peninsula. However, this view fails to account for the diverse visions, interests, and strategies that drove both sides.

Hwansoo Ilmee Kim complicates this politicized account of religious interchange by reexamining the “alliance” forged in 1910 between the Japanese Soto sect and the Korean Wonjong order. The author argues that their ties involved not so much political ideology as mutual benefit. Both wished to strengthen Buddhism’s precarious position within Korean society and curb Christianity’s growing influence. Korean Buddhist monastics sought to leverage Japanese resources as a way of advancing themselves and their temples, and missionaries of Japanese Buddhist sects competed with one another to dominate Buddhism on the peninsula. This strategic alliance pushed both sides to confront new ideas about the place of religion in modern society and framed the way that many Korean and Japanese Buddhists came to think about the future of their shared religion.