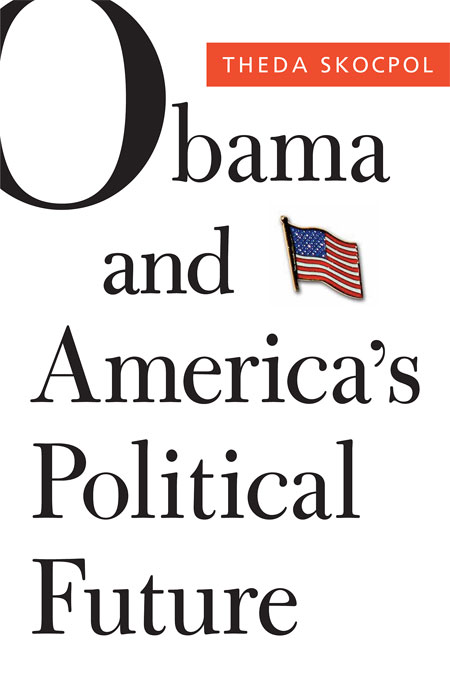 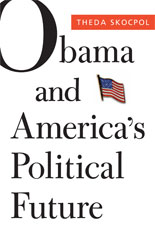 “Did America sweep into office a candidate promising to remake health care and then punish him a mere two years later for doing just that? More complicated factors were at work, and the Harvard sociologist and political scientist Theda Skocpol attempts to unravel them in Obama and America’s Political Future… Whatever is happening with the Democrats, Skocpol’s take-home message is that we need to recognize the substantial rightward slide of the Republican Party—a fact that she says has only been underscored by Mitt Romney’s choice of Paul Ryan as his running mate… In the book, Skocpol homes in on the Tea Party, the members of which she and her colleagues have spent many hours interviewing. She’s careful to draw a nuanced view of them, to explain that they are not the strict anti-government activists many make them out to be.”—Jesse Singal, The Daily Beast

“If you read only one book about Obama this electoral season, read Obama and America’s Political Future, the slim volume that includes Skocpol’s essay and three smart responses. Together, they rise above the tick-tocks and polemics that characterize too much of the United States’ political writing.”—Chrystia Freeland, The New York Times

“Skocpol’s incisive account of the first two years of the Obama presidency’s ‘new New Deal’ begins by highlighting contrasts with the original New Deal era. She emphasizes significant contextual differences (economic conditions, media biases, public attitudes toward government) that would have daunted FDR himself, who, unlike Obama, enjoyed bipartisan support at the beginning of his administration… Informed by pathbreaking research on the Tea Party, Skocpol’s provocative, original, and lively analysis is supplemented by contributions from Larry M. Bartels, Mickey Edwards, and Suzanne Mettler. Anyone who is passionately concerned about politics and prefers thoughtful discussion to polemic will find this book invaluable.”—Publishers Weekly