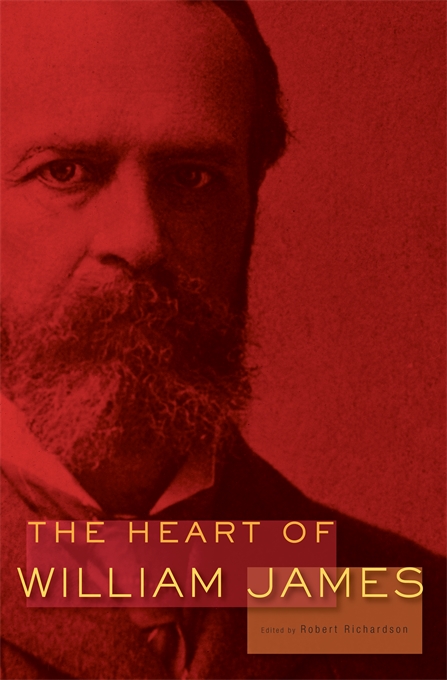 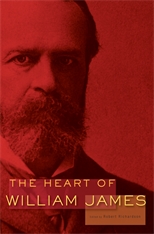 The Heart of William James

“So fresh is William James’s thought and so unbuttoned and irreverent his character that he is always contemporary; it comes as something of a shock, therefore, to recall that he was born as long ago as 1842… James is a philosopher—practical and romantic, down-to-earth and ecstatic, accommodating and specific—whom we need ever more urgently in our own times. In Robert Richardson, whose biography of James is, along with his lives of Thoreau and Emerson, one of the glories of contemporary American literature, the philosopher has found a tireless champion and a perceptive editor. Richardson is that increasingly rare phenomenon among academics, an enthusiast, even a lover, of his subjects. In this book, no less than in the biography, he brings to life this great thinker and rare human being.”—John Banville, The New York Review of Books

“It is difficult for any selection to do justice to the thought of William James, and difficult as well for a reviewer to do justice to the seventeen fine essays collected in The Heart of William James. He is fortunate to have Robert Richardson as his biographer, editor and interpreter, a kindred spirit whose admiration for James is thoroughly compounded with his enjoyment of him. He makes the great man accessible as if he were presenting an honored friend, ready to step out of the way and allow a wonderful conversation to begin. And James is indeed a remarkable acquaintance, full of the pleasures of fine prose and humorous insight, and demanding all the same.”—Marilynne Robinson, The Nation

“William James, brother of the—in some quarters—more famous Henry, was that rarest of beings, a philosopher who wrote clear, elegant, and exciting prose. In The Heart of William James, James’s biographer Robert Richardson has put together a dazzling selection of this great thinker’s work, with perfectly judged short pieces to usher in each of the selections.”—John Banville, The Guardian

“James seeks to instruct his readers in how they can achieve their best selves, how they can retain and expand and nourish their individuality. As this collection makes clear, he has good reason to fear that that individuality is being squandered. In fact, the subtext of all the essays in this collection might very well be: Americans are in perennial danger of surrendering their Americanness, and I will do my best to stop them… It was, and is, the role of William James, the articulator if not the keeper of the faith, to remind us of who we are and who we were meant to be.”—Peter Savodnik, Commentary

“Editor Richardson provides a perceptive introduction to the material, as well as separate insights into each selection.”—Leon H. Brody, Library Journal

“An admirably broad overview of the author’s expansive output. Scattered too among classic essays are lesser known gems such as ‘The Ph.D. Octopus,’ a brief disquisition on higher education, and a fascinating 1910 essay on war that might raise some modern eyebrows for its exhortation to substitute war between men for ‘warfare against nature.’”—Publishers Weekly

“A gift from the best biographer of William James, this volume collects some of James’s most engaging and unforgettable writings. Readers unfamiliar with James will discover why his ideas continue to reverberate so powerfully a century after his death; those who already know James will delight in Robert Richardson’s expert selections and incisive commentary. At a time when self-proclaimed followers of James’s philosophy inhabit schools of medicine and law as well as divinity, and his ideas inspire those working in sites ranging from psychology laboratories and corporate board rooms to the White House, this sparkling collection reminds us why James remains alive today.”—James T. Kloppenberg, Harvard University

“William James brought heart to the intellect and passion to the world of ideas in an unprecedented manner in American life. He is the most profound, adorable, and unpretentious public intellectual in American history.”—Cornel West, Princeton University