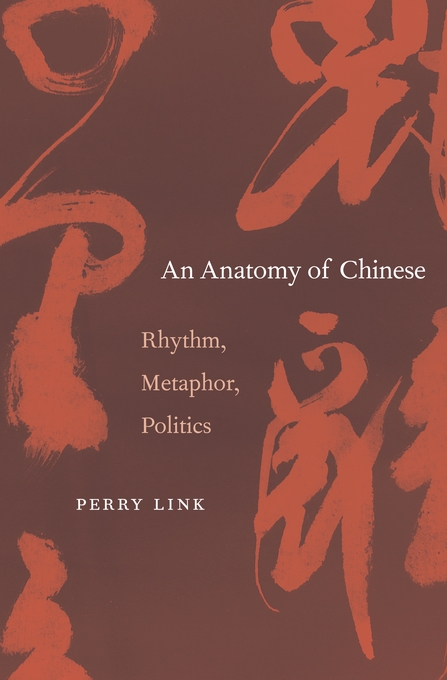 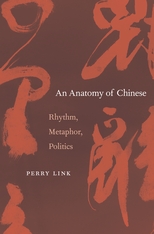 An Anatomy of Chinese

During the Cultural Revolution, Mao exhorted the Chinese people to “smash the four olds”: old customs, old culture, old habits, and old ideas. Yet when the Red Guards in Tiananmen Square chanted “We want to see Chairman Mao,” they unknowingly used a classical rhythm that dates back to the Han period and is the very embodiment of the four olds. An Anatomy of Chinese reveals how rhythms, conceptual metaphors, and political language convey time-honored meanings of which Chinese speakers themselves may not be consciously aware, and contributes to the ongoing debate over whether language shapes thought, or vice versa.

Perry Link’s inquiry into the workings of Chinese reveals convergences and divergences with English, most strikingly in the area of conceptual metaphor. Different spatial metaphors for consciousness, for instance, mean that English speakers wake up while speakers of Chinese wake across. Other underlying metaphors in the two languages are similar, lending support to theories that locate the origins of language in the brain. The distinction between daily-life language and official language has been unusually significant in contemporary China, and Link explores how ordinary citizens learn to play language games, artfully wielding officialese to advance their interests or defend themselves from others.

Particularly provocative is Link’s consideration of how Indo-European languages, with their preference for abstract nouns, generate philosophical puzzles that Chinese, with its preference for verbs, avoids. The mind-body problem that has plagued Western culture may be fundamentally less problematic for speakers of Chinese.