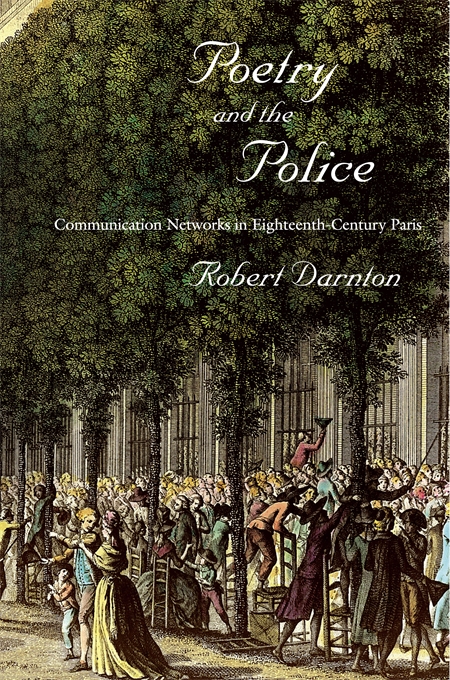 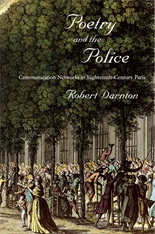 Poetry and the Police

In spring 1749, François Bonis, a medical student in Paris, found himself unexpectedly hauled off to the Bastille for distributing an “abominable poem about the king.” So began the Affair of the Fourteen, a police crackdown on ordinary citizens for unauthorized poetry recitals. Why was the official response to these poems so intense?

In this captivating book, Robert Darnton follows the poems as they passed through several media: copied on scraps of paper, dictated from one person to another, memorized and declaimed to an audience. But the most effective dispersal occurred through music, when poems were sung to familiar tunes. Lyrics often referred to current events or revealed popular attitudes toward the royal court. The songs provided a running commentary on public affairs, and Darnton brilliantly traces how the lyrics fit into song cycles that carried messages through the streets of Paris during a period of rising discontent. He uncovers a complex communication network, illuminating the way information circulated in a semi-literate society.

This lucid and entertaining book reminds us of both the importance of oral exchanges in the history of communication and the power of “viral” networks long before our internet age.

Audio recordings copyright © 2010 by the President and Fellows of Harvard College. All rights reserved.