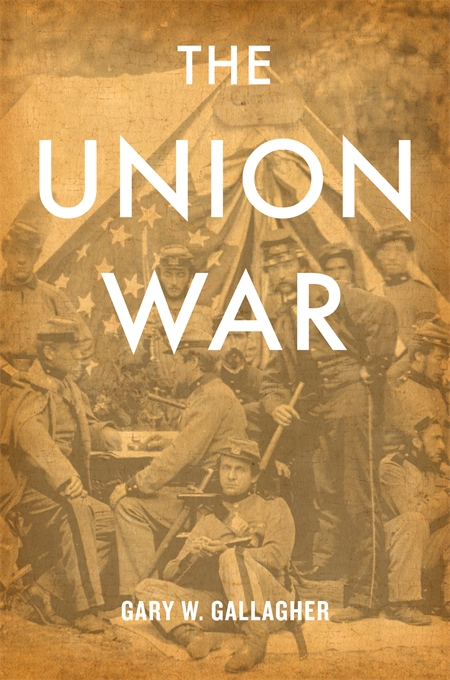 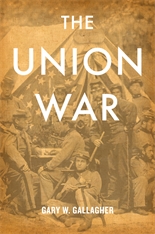 “This exceptionally fine book is in effect a companion piece to its author’s The Confederate War, published in 1997… Now, in The Union War, Gallagher is back to take issue with what has become the new conventional wisdom, that the North fought the war in order to achieve the emancipation of the slaves. While welcoming the post–civil-rights-era emphasis on ‘slavery, emancipation, and the actions of black people, unfairly marginalized for decades in writings about the conflict,’ Gallagher makes a very strong case—in my view a virtually irrefutable one—that the overriding motive in the North was preservation of the Union… Gallagher, who holds a distinguished professorship in history at the University of Virginia, is far more interested in pursuing historical truth than in massaging whatever praiseworthy sentiments he may harbor on race, gender, class or anything else. He knows that for the historian the central obligation is to understand and interpret the past, not to judge it. This is what he has done, to exemplary effect, in The Union War. I suspect that one of his motives in writing it may have been to remind us of what a precious thing our Union is, a Union that we have come to take for granted. Fighting for its preservation was a noble thing, in and of itself.”—Jonathan Yardley, The Washington Post

“Gallagher recaptures the meaning of Union to the generation that fought for it. He rescues the ‘Cause’ for which they fought from modern historians who maintain that the abolition of slavery was the only achievement of the Civil War that justified all that death and destruction… He makes his point with force and clarity.”—James M. McPherson, The New York Review of Books

“In The Union War, Gallagher offers not so much a history of wartime patriotism as a series of meditations on the meaning of the Union to Northerners, the role of slavery in the conflict and how historians have interpreted (and in his view misinterpreted) these matters… At a time when only half the population bothers to vote and many Americans hold their elected representatives in contempt, Gallagher offers a salutary reminder of the power of democratic ideals not simply to Northerners in the era of the Civil War, but also to people in other nations, who celebrated the Union victory as a harbinger of greater rights for themselves. Imaginatively invoking sources neglected by other scholars—wartime songs, patriotic images on mailing envelopes and in illustrated publications, and regimental histories written during and immediately after the conflict—Gallagher gives a dramatic portrait of the power of wartime nationalism.”—Eric Foner, The New York Times Book Review

“Bold, fast-paced, and provocative… The Union War offers a searing critique of what Gallagher terms anachronistic scholarship that privileges emancipation and the agency of African-Americans during the war over loyal citizens’ commitment to the concept of a perpetual Union. Accusing historians of allowing ‘modern sensibilities’ to skew their ‘view of how participants of a distant era understood the war,’ Gallagher finds, not surprisingly, that their scholarship exposes ‘the many ways in which wartime Northerners fell short of later standards of acceptable thought and behavior.’… Gallagher reminds us of the centrality and importance of the Union to the war that forever ended serious threats of secession and racial slavery.”—John David Smith, The Chronicle of Higher Education

“Gary Gallagher, a Civil War historian at the University of Virginia, aims to recover an antebellum understanding of the Civil War. In his new book, The Union War, Gallagher argues that Northerners actually went to war to support the abstract idea of ‘Union’—a political idea, he writes, whose ‘meaning has been almost completely effaced’ from our modern political consciousness.”—Josh Rothman, The Boston Globe blog

“While mindful of slavery’s complex and deleterious role in fomenting disunion, Gallagher emphasizes the centrality of Northerners’ devotion to the idea of the Union of their grandparents and their parents… Historians who stress emancipation over Union, Gallagher insists, miss the realities of antebellum inequalities based on class, gender and race… Gallagher’s great contribution lies in contextualizing and underscoring the broad meaning of the Union, and later emancipation, to Northerners.”—John David Smith, The News & Observer (Raleigh, NC)

“This slender volume offers a convincing demonstration of what motivated most white U.S. citizens during the Civil War. Theirs was not a quest to end slavery, although emancipation became a vital tactic in the epic conflict… Gallagher shows that participants fought to save a political arrangement they considered sacred, and begrudgingly supported emancipation as the best way to bring the secessionist serpent to heel.”—E.R. Crowther, Choice

“Brimming with insights, eloquent in argument, and filled with new evidence from the men who fought for the Union, this revisionist history will cause readers to rethink many of the now-standard Civil War interpretations. An essential work.”—Randall M. Miller, Library Journal (starred review)

“A rare volume that forces us to reconsider how we think about the Civil War. Examining historic actors in the context of their own time and place, Gallagher reminds of the centrality of ‘Union’ as the motivating force driving the Northern cause, and the significance of those citizen-soldiers who joined the Union Army in determining the results.”—Matthew Gallman, author of Northerners at War: Reflections on the Civil War Home Front

“Gary Gallagher has written another gem in The Union War. A companion to his brilliant and controversial The Confederate War, this slender volume is sure to generate wide readership and debate.”—Joseph T. Glatthaar, author of General Lee’s Army: From Victory to Defeat

“Gary Gallagher, more carefully and precisely than anyone else, enables the reader to understand why so many citizen soldiers were willing to peril their lives, their fortunes, and their sacred honor to preserve the United States as one nation, indivisible and, in Lincoln’s words at Gettysburg, to give the ‘new nation’ brought forth in 1776 a ‘new birth of freedom’ in 1863.”—James M. McPherson, author of Battle Cry of Freedom

“The Union War reaffirms Gary Gallagher’s reputation as one of the most astute and provocative writers on the American Civil War. This work places the Union at the heart of the war but also argues for the central role of armies and soldiers in understanding how the goals of reunion and emancipation were finally realized. With clarity and verve, Gallagher deals with large questions in an unfailingly profound way.”—George C. Rable, author of God’s Almost Chosen Peoples

“Gallagher, one of the nation’s preeminent Civil War scholars and a professor at the University of Virginia, deals in his latest book of the question of why did the North fight? His answer is in the volume’s first sentence: The loyal American citizenry fought a war for Union that also killed slavery. This fast-paced review of the controversies that civil war historians have been arguing about is opinionated, well-informed, provocative and just the thing any American history buff needs to read this spring as our country gears up for the sesquicentennial of the conflict that made the United States begin to live up to the Declaration’s words that ‘all men are created equal, that they are endowed by their Creator with certain unalienable rights.’—Karl Rove, Rove.com