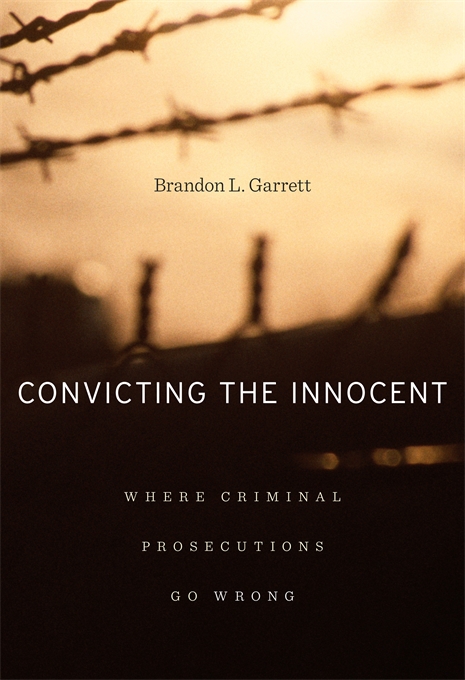 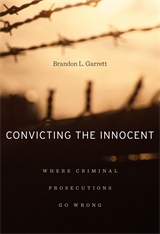 “Garrett’s book is a gripping contribution to the literature of injustice, along with a galvanizing call for reform… It’s the stories in his book that stick in the memory. One can only hope that they will mobilize a broad range of citizens, liberal and conservative, to demand legislative and judicial reforms ensuring that the innocent go free whether or not the constable has blundered.”—Jeffrey Rosen, The New York Times Book Review

“Garrett’s book zooms out the view to give the reader a sense of the scope of the problems in our justice systems. But he does so in a way which I find both earnest and charitable.”—Andrew Cohen, The Atlantic

“A uniquely valuable part of Garrett’s book is a statistical appendix that provides a quantitative overview of the false convictions, their consequences, and the factors that contributed to them… It is hard to imagine seven pages more damaging to the claims of our system of criminal justice.”—Richard C. Lewontin, The New York Review of Books

“Looking at the 250 people exonerated through DNA as of February 2010, Garrett aimed to determine how often…malignant factors had warped the criminal justice process at the expense of an innocent person (and to the benefit of an actual criminal who went unpursued). Garrett tracked down court transcripts and dug into case files. He then sliced, diced, sifted and collated the data. Some law professors would take a pass on this kind of grunt work. Garrett did not, and our justice system can be the better for it.”—Kevin Doyle, America

“This book details some of the worst miscarriages of justice in U.S. history and describes how DNA evidence helped to right those wrongs… The book, what must be the most thorough treatment yet of wrongful convictions, is a first-rate examination of the human foibles and conflicts of interest hampering the pursuit of justice.”—A.C. Mobley, Choice

“For six years now I have worked diligently within the innocence movement, and I often hear the question: ‘How do wrongful convictions happen?’ Convicting the Innocent gives all the answers. It is a fascinating study of what goes wrong, and it clearly shows that virtually all wrongful convictions could have been avoided.”—John Grisham

“It’s common to say that DNA exonerations of innocent defendants provide a unique window on the weaknesses in our system of criminal investigation and trial. But what exactly do we see when we look through that window? Until now the answer has been pretty sketchy. Brandon Garrett has produced a far more detailed and complete picture of the lessons of DNA exonerations than anything else to date. This is an indispensable book for anyone wanting to understand or improve American criminal justice.”—Samuel R. Gross, Thomas and Mabel Long Professor of Law, University of Michigan

“How can we stop sending innocent people to our prisons? As you turn the pages of this important and startling book, you will come to realize that wrongful convictions are not accidents. They are the tragic result of a criminal justice system in deep need of reform.”—Sister Helen Prejean, author of Dead Man Walking

“DNA testing is revolutionizing our system of criminal justice: this book shows why. By digging deep into the case files of exonerees, Brandon Garrett uncovers what went wrong in those cases and probably in many more we simply can’t know about. Garrett makes a powerful case for how to improve criminal justice so that we dramatically reduce the number of wrongly convicted.”—Barry Scheck and Peter Neufeld, The Innocence Project

“This is an invaluable book, a comprehensive, highly readable but well-researched work examining the hows and whys of the law’s ultimate nightmare—convicting the innocent.”—Scott Turow, author of Innocent