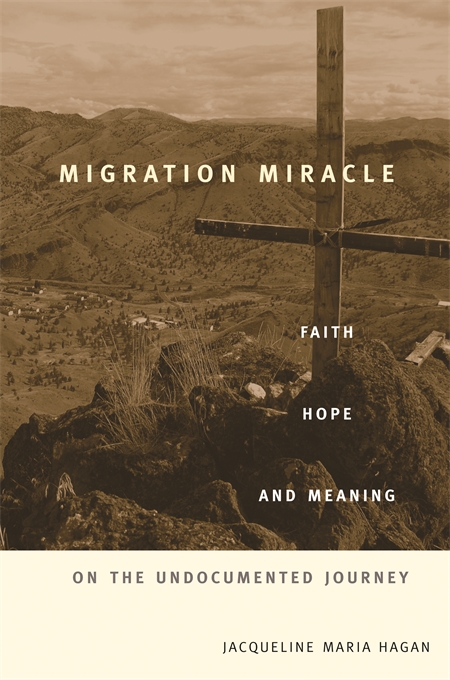 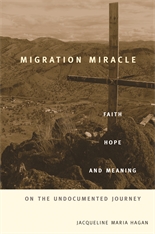 Faith, Hope, and Meaning on the Undocumented Journey

Since the arrival of the Puritans, various religious groups, including Quakers, Jews, Catholics, and Protestant sects, have migrated to the United States. The role of religion in motivating their migration and shaping their settlement experiences has been well documented. What has not been recorded is the contemporary story of how migrants from Mexico and Central America rely on religion—their clergy, faith, cultural expressions, and everyday religious practices—to endure the undocumented journey.

At a time when anti-immigrant feeling is rising among the American public and when immigration is often cast in economic or deviant terms, Migration Miracle humanizes the controversy by exploring the harsh realities of the migrants’ desperate journeys. Drawing on over 300 interviews with men, women, and children, Jacqueline Maria Hagan focuses on an unexplored dimension of the migration undertaking—the role of religion and faith in surviving the journey. Each year hundreds of thousands of migrants risk their lives to cross the border into the United States, yet until now, few scholars have sought migrants’ own accounts of their experiences.