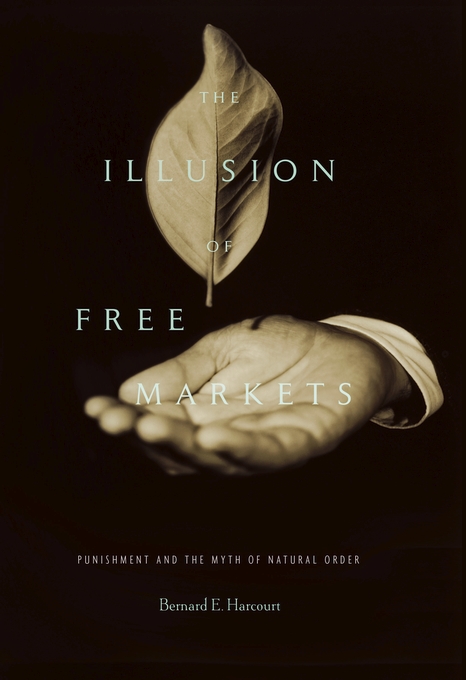 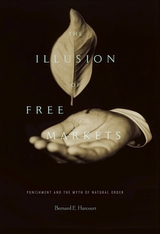 The Illusion of Free Markets

Punishment and the Myth of Natural Order

It is widely believed today that the free market is the best mechanism ever invented to efficiently allocate resources in society. Just as fundamental as faith in the free market is the belief that government has a legitimate and competent role in policing and the punishment arena. This curious incendiary combination of free market efficiency and the Big Brother state has become seemingly obvious, but it hinges on the illusion of a supposedly natural order in the economic realm. The Illusion of Free Markets argues that our faith in “free markets” has severely distorted American politics and punishment practices.

Bernard Harcourt traces the birth of the idea of natural order to eighteenth-century economic thought and reveals its gradual evolution through the Chicago School of economics and ultimately into today’s myth of the free market. The modern category of “liberty” emerged in reaction to an earlier, integrated vision of punishment and public economy, known in the eighteenth century as “police.” This development shaped the dominant belief today that competitive markets are inherently efficient and should be sharply demarcated from a government-run penal sphere.

This modern vision rests on a simple but devastating illusion. Superimposing the political categories of “freedom” or “discipline” on forms of market organization has the unfortunate effect of obscuring rather than enlightening. It obscures by making both the free market and the prison system seem natural and necessary. In the process, it facilitated the birth of the penitentiary system in the nineteenth century and its ultimate culmination into mass incarceration today.