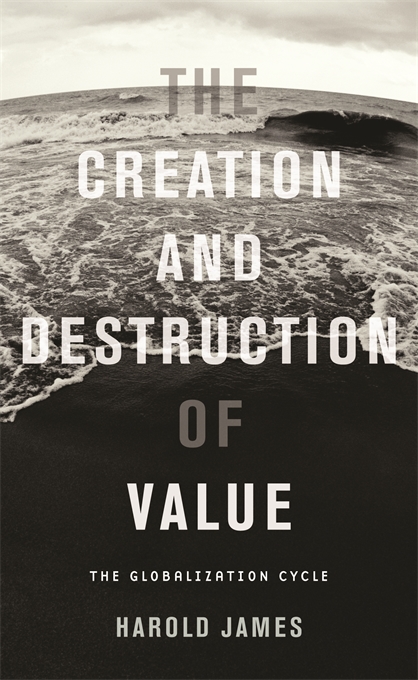 The Creation and Destruction of Value

“The reflections of Harold James, an economic historian at Princeton University and a long-time student of what makes globalization happen, would be of interest even in times more tranquil than these. But at a moment when the march of global integration has been stalled by a financial crisis unparalleled since the 1930s, Mr. James is a particularly fitting guide… At a time when economists are accused of having forgotten history, yet few historians can explain the world of bank bail-outs and the turmoil they cause, Mr. James has a rare gift for being able to marshal an impressive knowledge of economic and financial history in order to highlight previously unrecognized connections with the past.”—The Economist

“From the current vantage point—rising stock prices amid a weak economic recovery and double-digit unemployment—it is too soon to know whether the current crisis will be remembered as a financial shock that failed to throw off the trajectory of globalization, or if it marks the start of a more fundamental re-ordering. James modestly and appropriately avoids trying to answer that question. But he asks all the right ones, offering a brilliant tour through the Great Depression and the current crisis.”—Edward Alden, Forbes.com

“Unsurprisingly there have been a host of books about the banking crisis and its consequences. But they have mostly had a ‘whodunnit?’ tone to them, seeking to explain what happened and apportion the blame, rather than giving us some feeling for how the world economy might dig itself out of the crisis and how effectively it might develop in the years to come. So Harold James’ new book deserves a special welcome for giving us a framework to try to do this, for he is an historian rather than an economist… Anyone expecting his new book to explain why this current crisis will end the burst of globalization will be disappointed. His argument is more subtle and more interesting… Where he adds most value is in his effort to put the crisis into its international political context, asking some tough questions on the way.”—Hamish McRae, The Independent

“The recent U.S. financial meltdown that spread throughout the world stimulated a plethora of analyses of the causes and consequences of this catastrophe. However, few studies are as insightful as this short but important work.”—D. C. Messerschmidt, Choice

“No one is better qualified than Harold James to explore the similarities and differences between recent events and the early 1930s. A model of lucid exposition, The Creation and Destruction of Value confirms that if you want to understand our current predicament, history is a much better guide than economics.”—Niall Ferguson, Harvard University, author of The Ascent of Money

“A masterly account. James commands his subject like no other. The lessons of 1931 for today’s world are compelling. Like Humpty Dumpty, globalization is broken, and it will take time to put it together again.”—David Marsh, author of The Euro: The Politics of the New Global Currency