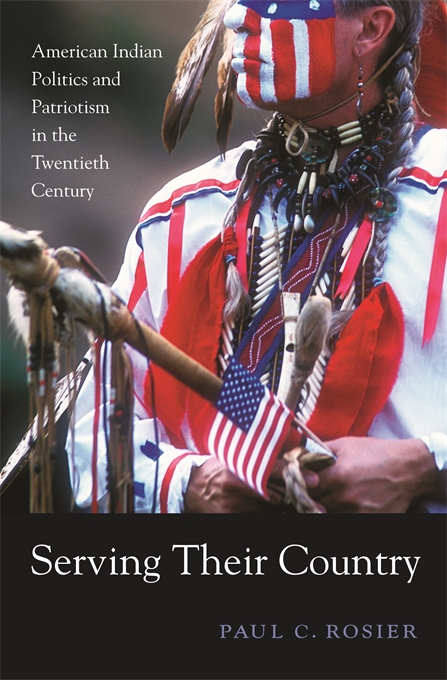 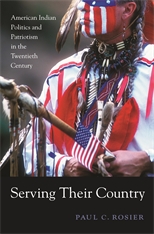 American Indian Politics and Patriotism in the Twentieth Century

Over the twentieth century, American Indians fought for their right to be both American and Indian. In an illuminating book, Paul C. Rosier traces how Indians defined democracy, citizenship, and patriotism in both domestic and international contexts.

Battles over the place of Indians in the fabric of American life took place on reservations, in wartime service, in cold war rhetoric, and in the courtroom. The Society of American Indians, founded in 1911, asserted that America needed Indian cultural and spiritual values. In World War II, Indians fought for their ancestral homelands and for the United States. The domestic struggle of Indian nations to defend their cultures intersected with the international cold war stand against termination—the attempt by the federal government to end the reservation system. Native Americans seized on the ideals of freedom and self-determination to convince the government to preserve reservations as places of cultural strength. Red Power activists in the 1960s and 1970s drew on Third World independence movements to assert an ethnic nationalism that erupted in a series of protests—in Iroquois country, in the Pacific Northwest, during the occupation of Alcatraz Island, and at Wounded Knee.

Believing in an empire of liberty for all, Native Americans pressed the United States to honor its obligations at home and abroad. Like African Americans, twentieth-century Native Americans served as a visible symbol of an America searching for rights and justice. American history is incomplete without their story.