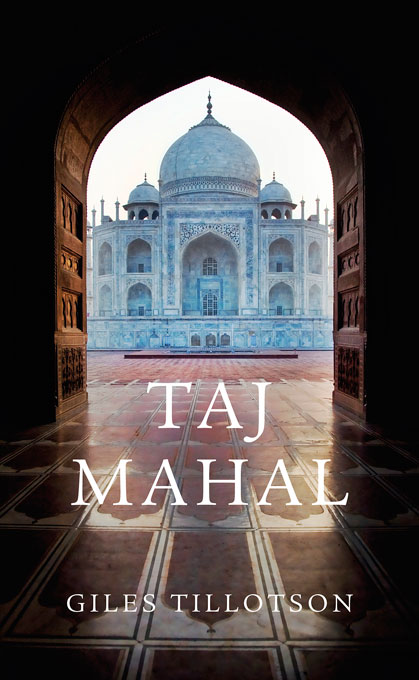 “The Taj Mahal is one of the most instantly recognizable buildings in the world, endlessly painted and photographed, and currently welcoming an average of 8,000 visitors a day. Giles Tillotson’s sprightly account of its structure and history, the stories that have accumulated around it and the impression it has made on tourists down the centuries is a welcome addition to [Harvard’s] ‘Wonders of the World’ series. These books are not only architectural monographs; they are equally concerned with what buildings mean, and few structures have meant more different things to people than the Taj Mahal… Witty and authoritative, this book achieves the remarkable feat of making us look again at a building we might otherwise think altogether too familiar.”—Peter Parker, The Daily Telegraph

“[Tillotson’s] accessible and enjoyable style will engage a broader readership. Like every author in [Harvard’s] ‘Wonders of the World’ series, Tillotson considers not only architectural history but also cultural heritage and resonance—picturesque 18th-century aquatints of the Taj, early 20th-century restorations by Lord Curzon, literary responses such as Rabindranath Tagore’s poem (‘a teardrop on the cheek of time’), and the famous photo of Princess Diana posing alone in front of the ‘monument to love’ shortly before her marriage break-up… Tillotson airs the many myths and legends with relish; then slays most of them with facts and reason, and a generous helping of illustrations.”—Andrew Robinson, The Independent

“For all its fame, remarkably little has been written on the Taj Majal, and Giles Tillotson’s slim and balanced book is, without question, the best short introduction yet produced… This is a much-needed and eminently readable book that is likely to remain a standard work for many years to come.”—William Dalrymple, The Sunday Times

“This wry, brisk book is a delightful and fascinating excavation of the Taj Mahal’s many layers of meanings. Giles Tillotson deploys his formidable knowledge of India’s artistic and cultural history to create a kaleidoscopic interpretation of the Taj…[he] unravels the fables and myths incited by this sublime creation, and yet succeeds in keeping its unworldly aura intact.”—Sunil Khilnani, author of The Idea of India