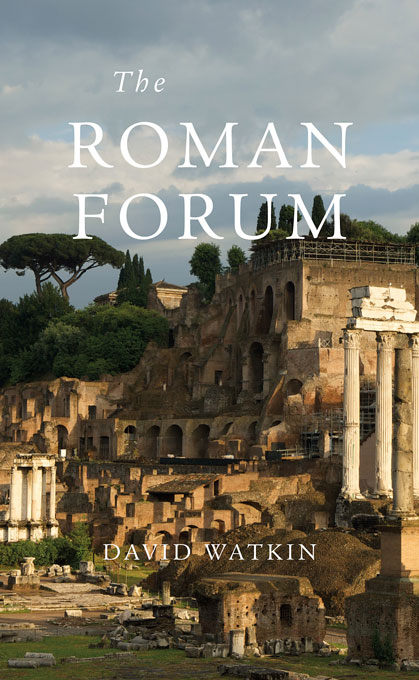 One of the most visited sites in Italy, the Roman Forum is also one of the best-known wonders of the Roman world. Though a highpoint on the tourist route around Rome, for many visitors the site can be a baffling disappointment. Several of the monuments turn out to be nineteenth- or twentieth-century reconstructions, while the rubble and the holes made by archaeologists have an unclear relationship to the standing remains, and, to all but the most skilled Romanists, the Forum is an unfortunate mess.

David Watkin sheds completely new light on the Forum, examining the roles of the ancient remains while revealing what exactly the standing structures embody—including the rarely studied medieval, Renaissance, and Baroque churches, as well as the nearby monuments that have important histories of their own. Watkin asks the reader to look through the veneer of archaeology to rediscover the site as it was famous for centuries. This involves offering a remarkable and engaging new vision of a well-visited, if often misunderstood, wonder. It will be enjoyed by readers at home and serve as a guide in the Forum.