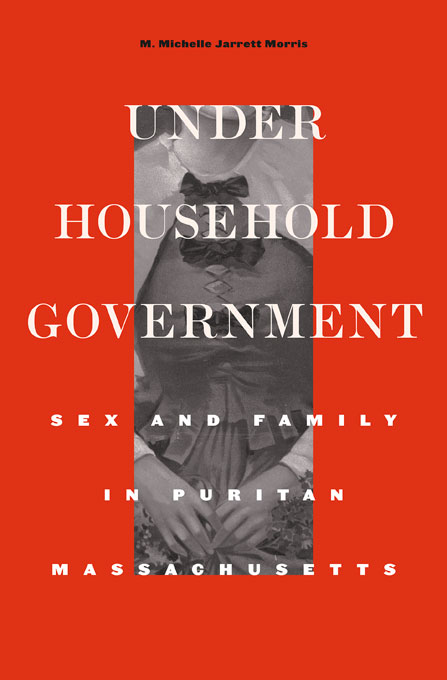 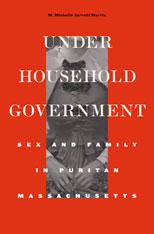 Sex and Family in Puritan Massachusetts

Seventeenth-century New Englanders were not as busy policing their neighbors’ behavior as Nathaniel Hawthorne or many historians of early America would have us believe. Keeping their own households in line occupied too much of their time. Under Household Government reveals the extent to which family members took on the role of watchdog in matters of sexual indiscretion.

In a society where one’s sister’s husband’s brother’s wife was referred to as “sister,” kinship networks could be immense. When out-of-wedlock pregnancies, paternity suits, and infidelity resulted in legal cases, courtrooms became battlegrounds for warring clans. Families flooded the courts with testimony, sometimes resorting to slander and jury-tampering to defend their kin. Even slaves merited defense as household members—and as valuable property. Servants, on the other hand, could expect to be cast out and left to fend for themselves.

As she elaborates the ways family policing undermined the administration of justice, M. Michelle Jarrett Morris shows how ordinary colonists understood sexual, marital, and familial relationships. Long-buried tales are resurrected here, such as that of Thomas Wilkinson’s (unsuccessful) attempt to exchange cheese for sex with Mary Toothaker, and the discovery of a headless baby along the shore of Boston’s Mill Pond. The Puritans that we meet in Morris’s account are not the cardboard caricatures of myth, but are rendered with both skill and sensitivity. Their stories of love, sex, and betrayal allow us to understand anew the depth and complexity of family life in early New England.