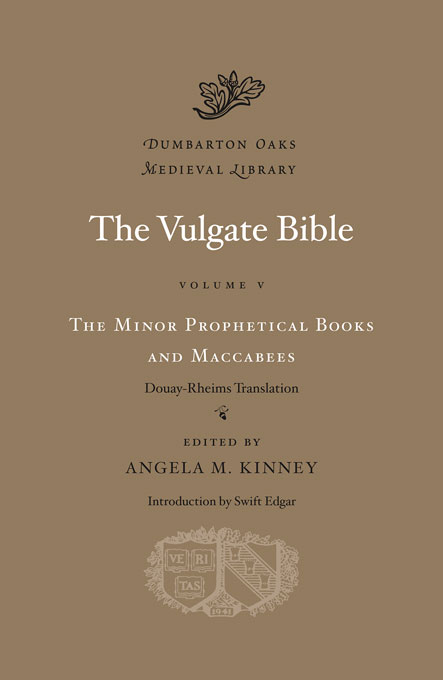 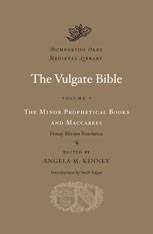 This is the fifth volume of a six-volume Vulgate Bible.

Volume V presents the twelve minor prophetical books of the Old Testament, as well as two deuterocanonical books, 1 and 2 Maccabees. While Jewish communities regarded the works of the twelve minor prophets as a single unit (the Dodecapropheton), the Vulgate Bible treats them individually in accordance with Christian tradition. The themes of judgment and redemption featured prominently in the major prophets (Volume IV) are further developed by the minor prophets. The books of 1 and 2 Maccabees conclude the volume. Their doctrinal controversies and highly influential martyrdom narratives anticipate the development of Christian hagiography both as a genre and as a theological vehicle.