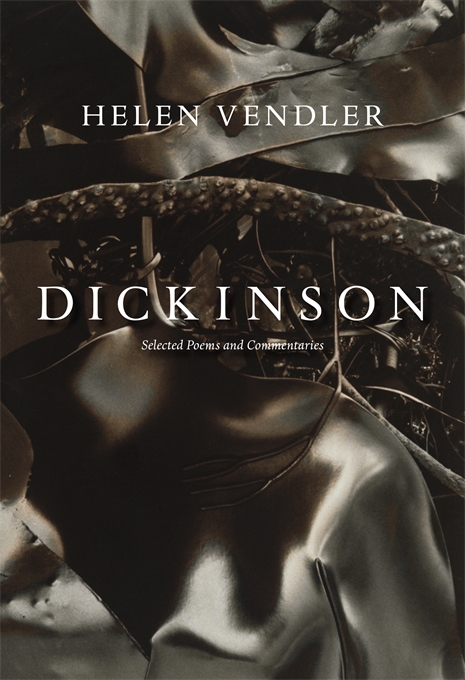 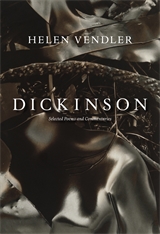 “[A] superb and invigorating new selection of 150 poems and probing commentaries… The poet that Vendler finds in these poems is an ambitious and sometimes magisterial artist of extraordinary range and verbal control. Vendler’s comprehensive reassessment of Dickinson’s achievement seems to me the most challenging new reading of Dickinson since the poet Adrienne Rich’s remarkable essay ‘Vesuvius at Home’ (1975)… What Vendler, perhaps the most skilled and accomplished close reader of lyric poetry of her generation, adds to this picture is a renewed attention to Dickinson’s deliberate and consummate artistry, along with a fresh way to read cryptic poems that may seem, superficially, to have little to do with the ‘maelstrom’ of human emotions.”—Christopher Benfey, The New York Review of Books

“This new book is as meticulous as Vendler’s commentary on Shakespeare’s Sonnets (1997). As well as their mysterious inner lives, these are poets who share an ability to compress the maximum force into the fewest words. In Dickinson’s case, her manuscripts show that she left behind multiple variations on words and phrases, sometimes as many as a dozen, without any indication of favoring one over the others. She claimed that her closest companion was her lexicon.”—Jeannie Vanasco, The Times Literary Supplement

“Emily Dickinson is certainly never going to be an easy poet to understand, but her dense, poignant lyrics are now a lot more accessible to ordinary readers thanks to Vendler’s unravelings. If you’re going to read Dickinson, this ‘selected poems and commentary’ is the place to start.”—Michael Dirda, The Washington Post

“If it’s been a while since you last sat down with Dickinson, now is a great time: Helen Vendler’s new book, Dickinson: Selected Poems and Commentaries, is both an anthology (it contains 150 of Dickinson’s nearly 1,800 poems) and an interpretive introduction, with a short essay following and explaining each poem. Vendler is almost certainly the best poetry critic in America, and she’s hit upon a great way of writing about poetry. Reading each poem, followed by Vendler’s commentary, it feels like you’re in your own private poetry class.”—Josh Rothman, The Boston Globe

“These commentaries on a selection of Dickinson’s poems are best summed up in one word: brilliant. Skeptics who might be inclined to question whether anyone has anything new to say about Dickinson’s oeuvre nearly 125 years after her death will find that the answer to that question is a resounding yes. Vendler manages to offer original, insightful observations about Dickinson’s humor, her pain, her metaphysical abstractions, and her syntactical inversions.”—D.D. Knight, Choice

“Vendler’s commentaries are enlightening and enjoyable revelations of Dickinson’s often elusive meanings; she is also a master of the technical and devotes consistent attention to the poet’s metrical skills and innovations.”—Maurice Earls, The Dublin Review of Books

“What Vendler did for Shakespeare’s sonnets, she has done again for Dickinson’s poems, demonstrating her refined skill and rare gift for loving attentiveness. When our age of hurry and perspiration threatens close reading, Vendler helps us slow down—way down until meter, word choice, punctuation, metaphors, tone, and allusion matter. She deftly reveals that form is as much a carrier of meaning as content.”—Christopher Benson, First Things

“The reigning doyenne of American poetry criticism is a close reader par excellence. [Vendler] loves her favorite poets unstintingly. She seems to think and feel in their language—to think and feel through their work, as through a membrane. Her Dickinson: Selected Poems and Commentaries plays exactly to her strengths, as did her 1997 edition of Shakespeare’s sonnets… What I like best about Vendler’s Dickinson is its can-do attitude. Yes, it assures the reader, the poem says what you think it says: trust your own eyes, experience, and heart… She doesn’t try to quash the mystery of the poems; she notes their ambiguities but by and large leaves those to do their work—and leaves us closer to a canonical poet whom we are still only coming to know.”—Lorin Stein, Harper’s

“This year Helen Vendler published her own selection of Dickinson’s verse along with astute commentary. After reading Dickinson’s fifty or seventy-five best poems you realize that few poets have written this many poems of this much merit. Dickinson’s manuscripts show that she left behind multiple variations on words and phrases, sometimes as many as a dozen, without favoring a particular one. Vendler points out moments when Dickinson wrote one word, only to bracket it and replace it with another. Not since Vendler’s meticulous commentary on Shakespeare’s sonnets has a finer book of close-readings been published.”—Jeannie Vanasco, Lapham’s Quarterly

“Both casual readers and scholars of Dickinson alike will want to purchase it.”—Stacy Russo, Library Journal

“Emily Dickinson is the sorcerer’s stone. Her poetry contains, no, is, the most essential, passionate use of English and the most essential, passionate connection between the English language and nature (our nature, birds and bees nature, God’s nature)… Dickinson’s spare use of words are just the tip of her iceberg; the waters below contain so many secrets that it truly helps to have a guide to the meter, the myth, the thread of dreams. [And] if you’re going to hire a guide, you may as well have the best, and Vendler is the best.”—Susan Salter Reynolds, The Los Angeles Times

“Dickinson continues to entertain and enlighten me. Vendler manages to clarify and illuminate Dickinson’s poetry without oversimplifying the work of a complex mind. Her succinct but astute readings of Emily Dickinson’s poetry are little kernels of insight into a wickedly keen poetic mind.”—Hillary Kelly, The New Republic

“This book takes 150 of [Emily Dickinson’s] poems and devotes a two- or three-page chapter to each. If you have a favorite poem, you look it up and Vendler will walk you through it as if you’ve never read it before. It’s like reading the poem in italics.”—Billy Collins, The New York Post

“Helen Vendler provides clear commentary, uncluttered by fashionable and hyphenated literary theory, on 150 poems by one of the most enigmatic American poets.”—Elizabeth Hoover, The Pittsburgh Post-Gazette

“There is just no way of summarizing a critic as subtle and meticulous as [Vendler].”—Marilyn Butler

“The best close reader of poems to be found on the literary pages.”—Seamus Heaney