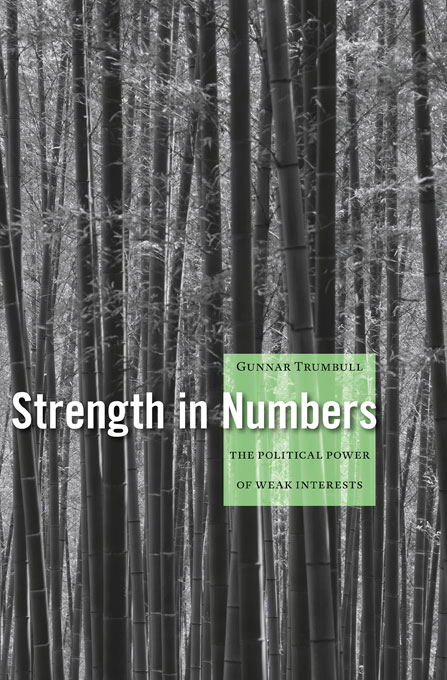 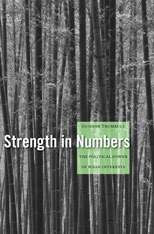 The Political Power of Weak Interests

Many consumers feel powerless in the face of big industry’s interests. And the dominant view of economic regulators (influenced by Mancur Olson’s The Logic of Collective Action, published in 1965) agrees with them. According to this view, diffuse interests like those of consumers are too difficult to organize and too weak to influence public policy, which is determined by the concentrated interests of industrial-strength players. Gunnar Trumbull makes the case that this view represents a misreading of both the historical record and the core logic of interest representation. Weak interests, he reveals, quite often emerge the victors in policy battles.

Based on a cross-national set of empirical case studies focused on the consumer, retail, credit, pharmaceutical, and agricultural sectors, Strength in Numbers develops an alternative model of interest representation. The central challenge in influencing public policy, Trumbull argues, is not organization but legitimation. How do diffuse consumer groups convince legislators that their aims are more legitimate than industry’s? By forging unlikely alliances among the main actors in the process: activists, industry, and regulators. Trumbull explains how these “legitimacy coalitions” form around narratives that tie their agenda to a broader public interest, such as expanded access to goods or protection against harm. Successful legitimizing tactics explain why industry has been less powerful than is commonly thought in shaping agricultural policy in Europe and pharmaceutical policy in the United States. In both instances, weak interests carried the day.