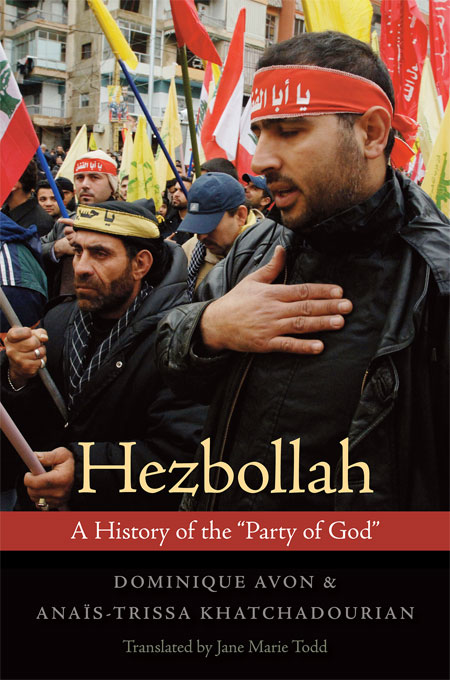 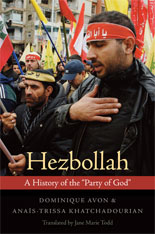 A History of the "Party of God"

For thirty years, Hezbollah has played a pivotal role in Lebanese and global politics. That visibility has invited Hezbollah’s lionization and vilification by outside observers, and at the same time has prevented a clear-eyed view of Hezbollah’s place in the history of the Middle East and its future course of action. Dominique Avon and Anaïs-Trissa Khatchadourian provide here a nonpartisan account which offers insights into Hezbollah that Western media have missed or misunderstood.

Now part of the Lebanese government, Hezbollah nevertheless remains in tension with both the transnational Shiite community and a religiously diverse Lebanon. Calling for an Islamic regime would risk losing critical allies at home, but at the same time Hezbollah’s leaders cannot say that a liberal regime is the solution for the future. Consequently, they use the ambiguous expression “civil but believer state.”

What happens when an organization founded as a voice of “revolution” and then “resistance” occupies a position of power, yet witnesses the collapse of its close ally, Syria? How will Hezbollah’s voice evolve as the party struggles to reconcile its regional obligations with its religious beliefs? The authors’ analyses of these key questions—buttressed by their clear English translations of foundational documents, including Hezbollah’s open letter of 1985 and its 2009 charter, and an in-depth glossary of key theological and political terms used by the party’s leaders—make Hezbollah an invaluable resource for all readers interested in the future of this volatile force.