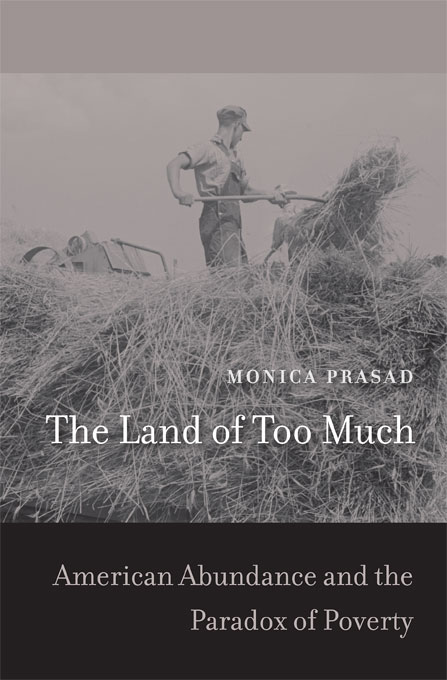 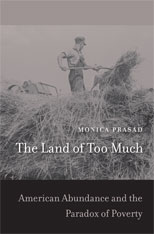 The Land of Too Much

American Abundance and the Paradox of Poverty

The Land of Too Much presents a simple but powerful hypothesis that addresses three questions: Why does the United States have more poverty than any other developed country? Why did it experience an attack on state intervention starting in the 1980s, known today as the neoliberal revolution? And why did it recently suffer the greatest economic meltdown in seventy-five years?

Although the United States is often considered a liberal, laissez-faire state, Monica Prasad marshals convincing evidence to the contrary. Indeed, she argues that a strong tradition of government intervention undermined the development of a European-style welfare state. The demand-side theory of comparative political economy she develops here explains how and why this happened. Her argument begins in the late nineteenth century, when America’s explosive economic growth overwhelmed world markets, causing price declines everywhere. While European countries adopted protectionist policies in response, in the United States lower prices spurred an agrarian movement that rearranged the political landscape. The federal government instituted progressive taxation and a series of strict financial regulations that ironically resulted in more freely available credit. As European countries developed growth models focused on investment and exports, the United States developed a growth model based on consumption.

These large-scale interventions led to economic growth that met citizen needs through private credit rather than through social welfare policies. Among the outcomes have been higher poverty, a backlash against taxation and regulation, and a housing bubble fueled by “mortgage Keynesianism.” This book will launch a thousand debates.