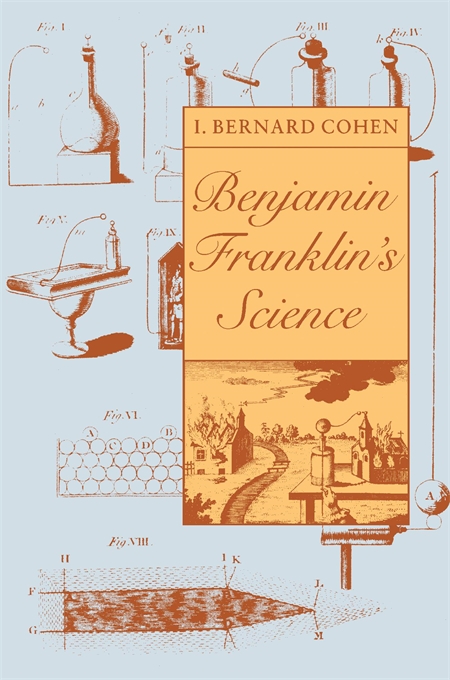 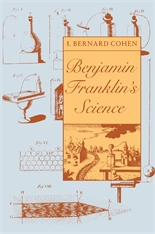 Benjamin Franklin is well known to most of us, yet his fundamental and wide-ranging contributions to science are still not adequately understood. Until now he has usually been incorrectly regarded as a practical inventor and tinkerer rather than a scientific thinker. He was elected to membership in the elite Royal Society because his experiments and original theory of electricity had made a science of that new subject. His popular fame came from his two lightning experiments—the sentry-box experiment and the later and more famous experiment of the kite—which confirmed his theoretical speculations about the identity of electricity and provided a basis for the practical invention of the lightning rod. Franklin advanced the eighteenth-century understanding of all phenomena of electricity and provided a model for experimental science in general.

I. Bernard Cohen, an eminent historian of science and the principal elucidator of Franklin’s scientific work, examines his activities in fields ranging from heat to astronomy. He provides masterful accounts of the theoretical background of Franklin’s science (especially his study of Newton), the experiments he performed, and their influence throughout Europe as well as the United States. Cohen emphasizes that Franklin’s political and diplomatic career cannot be understood apart from his scientific activities, which established his reputation and brought him into contact with leaders of British and European society. A supplement by Samuel J. Edgerton considers Franklin’s attempts to improve the design of heating stoves, another practical application that arose from theoretical interests.

This volume will be valuable to all readers wanting to learn more about Franklin and to gain a deeper appreciation of the development of science in America.