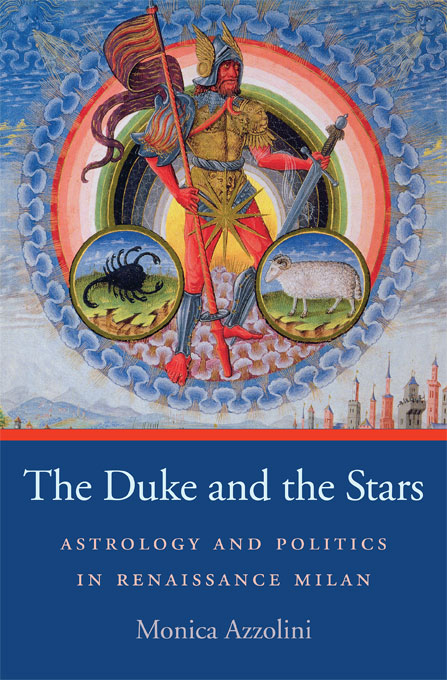 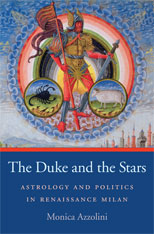 The Duke and the Stars

Astrology and Politics in Renaissance Milan

“[A] finely crafted book… Utilizing a vast range of archival and published sources, Azzolini ventures deep into the culture of the Renaissance court. Weaving together the methods and interests of the history of science and of Renaissance political and cultural history, Azzolini has produced a sophisticated, interdisciplinary analysis of a science and a profession that played a key role in the political life of the Renaissance, challenging current assumptions about Renaissance politics and making important contributions both to the history of science and to early modern political and cultural history.”—William Eamon, Journal of Interdisciplinary History

“This book skillfully traces a history of [astrology] from the beginning of the Sforza dynasty in 1450 until its demise in 1499, interpreting astrology’s role in learning, medicine, diet, and especially politics… The results of Azzolini’s research are exciting for how they sweep away cobwebs from episodes of Milanese history that have become dusty, either from lack of scholarly attention or from satisfied consensus… Azzolini’s book…[is] part of a new wave of English-language historiography offering fresh visions of how the Sforza consolidated and exercised their power… Readers will find in this volume not just a compelling account of the rise and fall of the house of Sforza, but new and important reflections on astrology’s role in fifteenth-century politics.”—John Gagné, Renaissance and Reformation

“This book, as erudite as it is elegant, takes the reader deep into the court life of Renaissance Milan. Using a vast range of sources with great care and artistry, Monica Azzolini recreates the lost discipline of astrology. The Duke and the Stars restores and illuminates a lost world, as colorful, as complex and as full of vividly portrayed individuals as a great Renaissance fresco.”—Anthony Grafton, Princeton University

“Azzolini’s impressive study adds a startling new dimension to our picture of Renaissance Milan. Taking us behind the scenes at the Sforza court, her book introduces us to the actual workings of astrology as a determinant of daily behavior. Her central argument—that Renaissance rulers took astrological calculations into serious account when making key policy decisions—is sure to spark lively debate.”—Gary Ianziti, University of Queensland