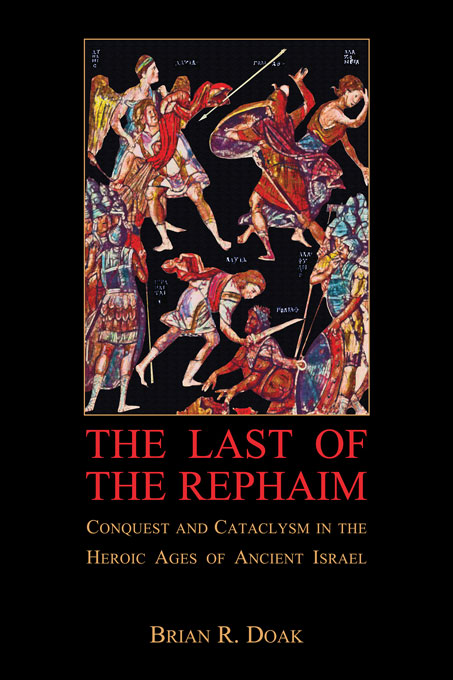 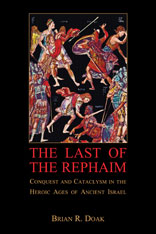 The Last of the Rephaim

Conquest and Cataclysm in the Heroic Ages of Ancient Israel

The figure of the giant has haunted the literatures of the ancient Mediterranean world, from the Greek Gigantomachy and other Aegean epic literatures to the biblical contexts of the ancient Near East. In The Last of the Rephaim, Brian Doak argues that the giants of the Hebrew Bible are a politically, theologically, and historiographically generative group, and through their oversized bodies, readers gain insight into central aspects of Israel’s symbolic universe. All that is overgrown or physically monstrous represents a connection to primeval chaos, and stands as a barrier to creation and right rule. Giants thus represent chaos-fear, and their eradication is a form of chaos maintenance by both human and divine agents. Doak argues that these biblical traditions participate in a broader Mediterranean conversation regarding giants and the end of the heroic age—a conversation that inevitably draws the biblical corpus into a discussion of the function of myth and epic in the ancient world, with profound implications for the politics of monotheism and monarchy in ancient Israel.