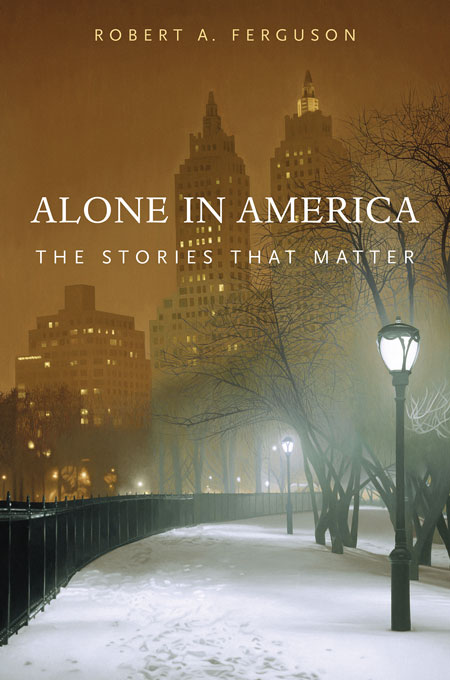 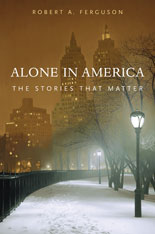 Robert A. Ferguson investigates the nature of loneliness in American fiction, from its mythological beginnings in Rip Van Winkle to the postmodern terrors of 9/11. At issue is the dark side of a trumpeted American individualism. The theme is a vital one because a greater percentage of people live alone today than at any other time in U.S. history.

The many isolated characters in American fiction, Ferguson says, appeal to us through inward claims of identity when pitted against the social priorities of a consensual culture. They indicate how we might talk to ourselves when the same pressures come our way. In fiction, more visibly than in life, defining moments turn on the clarity of an inner conversation.

Alone in America tests the inner conversations that work and sometimes fail. It examines the typical elements and moments that force us toward a solitary state—failure, betrayal, change, defeat, breakdown, fear, difference, age, and loss—in their ascending power over us. It underlines the evolving answers that famous figures in literature have given in response. Figures like Mark Twain’s Huck Finn and Toni Morrison’s Sethe and Paul D., or Louisa May Alcott’s Jo March and Marilynne Robinson’s John Ames, carve out their own possibilities against ruthless situations that hold them in place. Instead of trusting to often superficial social remedies, or taking thin sustenance from the philosophy of self-reliance, Ferguson says we can learn from our fiction how to live alone.