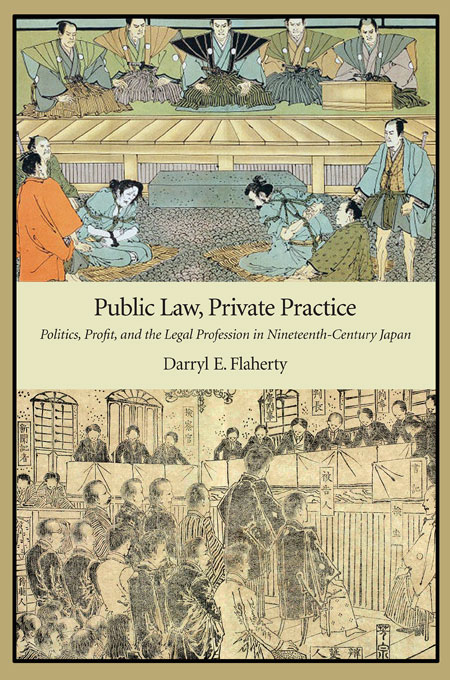 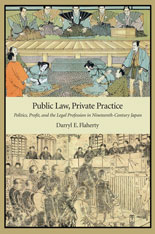 Politics, Profit, and the Legal Profession in Nineteenth-Century Japan

Long ignored by historians and repudiated in their time, practitioners of private law opened the way toward Japan’s legal modernity. From the seventeenth to the turn of the twentieth century, lawyers and their predecessors changed society in ways that first samurai and then the state could not. During the Edo period (1600–1868), they worked from the shadows to bend the shogun’s law to suit the market needs of merchants and the justice concerns of peasants. Over the course of the nineteenth century, legal practitioners changed law from a tool for rule into a new epistemology and laid the foundation for parliamentary politics during the Meiji era (1868–1912).

This social and political history argues that legal modernity sprouted from indigenous roots and helped delineate a budding nation’s public and private spheres. Tracing the transition of law regimes from Edo to Meiji, Darryl E. Flaherty shows how the legal profession emerged as a force for change in modern Japan and highlights its lasting contributions in founding private universities, political parties, and a national association of lawyers that contributed to legal reform during the twentieth century.