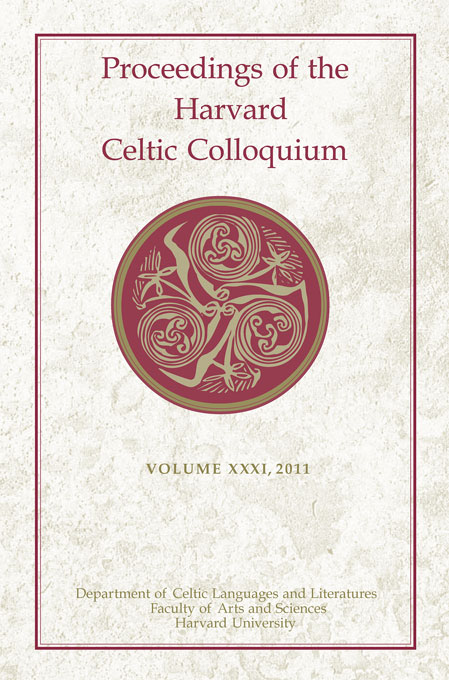 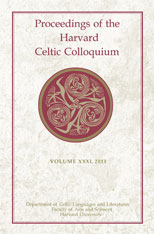 Proceedings of the Harvard Celtic Colloquium, 31: 2011

Proceedings of the Harvard Celtic Colloquium has in its purview all aspects of culture, language, and history of the Celtic peoples, from ancient to modern times.

PHCC, 31 features “Culture, Identity and the Medieval Revival in Victorian Wales,” the 2011 J. V. Kelleher lecture given by Huw Pryce of Bangor University, Wales, which looks at Victorian views of the past in Wales. The volume also considers the linguistic shifts in several of the Celtic languages, both in early periods and more recent times, and it contains articles concerning the history, culture, and literatures of Ireland, Wales, and Cornwall.

In addition, PHCC, 31 includes several articles on historiography in various areas and times, as well as others that examine later reflections on the Easter Rising in Ireland (1916), the renewed interest in regional language in Cornwall, the historic reflexes of the title Bragmaticus, and literary reflexes of archaeological remains in medieval Wales.