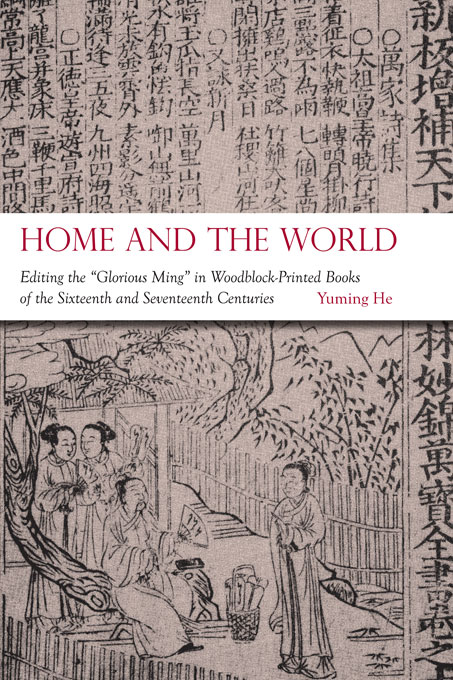 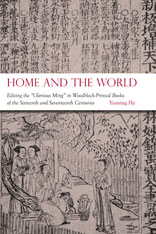 Home and the World

China’s sixteenth and seventeenth centuries saw an unprecedented explosion in the production and circulation of woodblock-printed books. What can surviving traces of that era’s print culture reveal about the makers and consumers of these books? Home and the World addresses this question by carefully examining a wide range of late Ming books, considering them not merely as texts, but as material objects and economic commodities designed, produced, and marketed to stand out in the distinctive book marketplace of the time, and promising high enjoyment and usefulness to readers. Although many of the mass-market commercial imprints studied here might have struck scholars from the eighteenth century on as too trivial, lowbrow, or slipshod to merit serious study, they prove to be an invaluable resource, providing insight into their readers’ orientations toward the increasingly complex global stage of early modernity and toward traditional Chinese conceptions of textual, political, and moral authority. On a more intimate scale, they tell us about readers’ ideals of a fashionable and pleasurable private life. Through studying these works, we come closer to recapturing the trend-conscious, sophisticated, and often subversive ways readers at this important moment in China’s history imagined their world and their place within it.