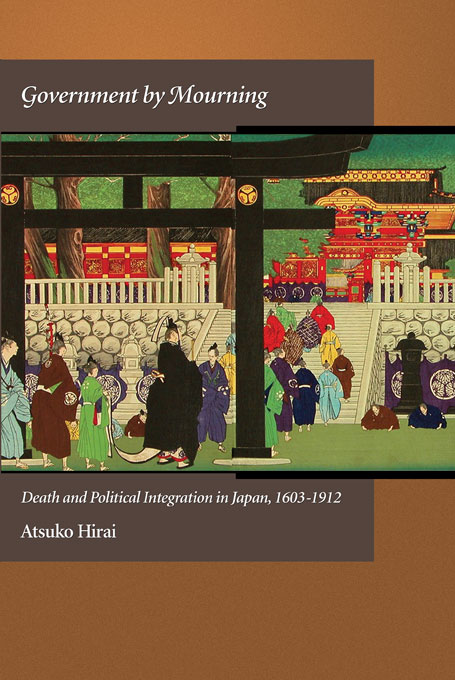 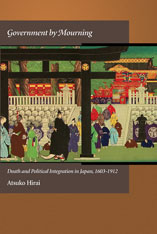 From the early seventeenth to the mid-nineteenth century, the Tokugawa shogunate enacted and enforced myriad laws and ordinances to control nearly every aspect of Japanese life, including observance of a person’s death. In particular, the shoguns Tsunayoshi and Yoshimune issued strict decrees on mourning and abstention that dictated compliance throughout the land and survived the political upheaval of the Meiji Restoration to persist well into the twentieth century.

Atsuko Hirai reveals the pivotal relationship between these shogunal edicts and the legitimacy of Tokugawa rule. By highlighting the role of narimono chojirei (injunctions against playing musical instruments) within their broader context, she shows how this class of legislation played an important integrative part in Japanese society not only through its comprehensive implementation, especially for national mourning of major political figures, but also by its codification of the religious beliefs and customs that the Japanese people had cherished for innumerable generations.