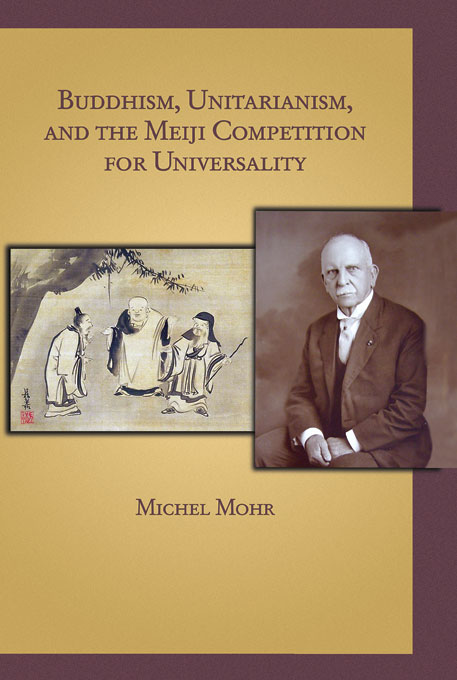 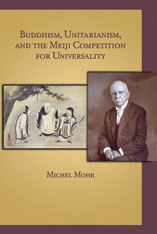 Buddhism, Unitarianism, and the Meiji Competition for Universality

In the late 1800s, as Japanese leaders mulled over the usefulness of religion in modernizing their country, they chose to invite Unitarian missionaries to Japan. This book spotlights one facet of debates sparked by the subsequent encounter between Unitarianism and Buddhism—an intersection that has been largely neglected in the scholarly literature. Focusing on the cascade of events triggered by the missionary presence of the American Unitarian Association on Japanese soil between 1887 and 1922, Michel Mohr’s study sheds new light on this formative time in Japanese religious and intellectual history.

Drawing on the wealth of information contained in correspondence sent and received by Unitarian missionaries in Japan, as well as periodicals, archival materials, and Japanese sources, Mohr shows how this missionary presence elicited unprecedented debates on “universality” and how the ambiguous idea of “universal truth” was utilized by missionaries to promote their own cultural and ethnocentric agendas. At the turn of the twentieth century this notion was appropriated and reformulated by Japanese intellectuals and religious leaders, often to suit new political and nationalistic ambitions.