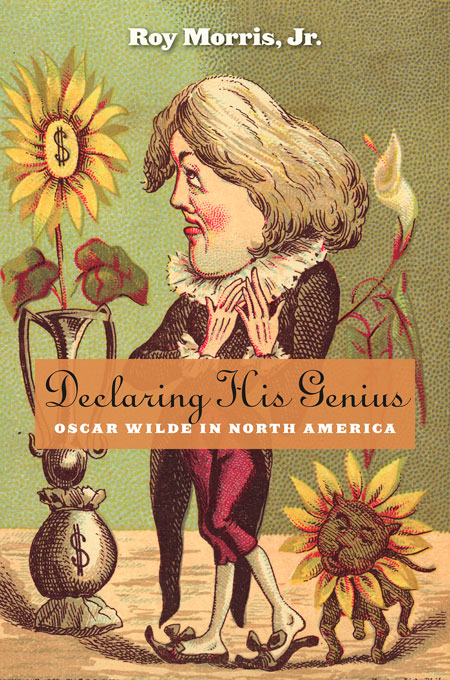 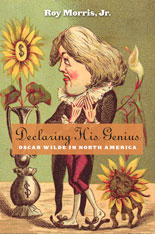 Arriving at the port of New York in 1882, a 27-year-old Oscar Wilde quipped he had “nothing to declare but my genius.” But as Roy Morris, Jr., reveals in this sparkling narrative, Wilde was, for the first time in his life, underselling himself. A chronicle of the sensation that was Wilde’s eleven-month speaking tour of America, Declaring His Genius offers an indelible portrait of both Oscar Wilde and the Gilded Age.

Wilde covered 15,000 miles, delivered 140 lectures, and met everyone who was anyone. Dressed in satin knee britches and black silk stockings, the long-haired apostle of the British Aesthetic Movement alternately shocked, entertained, and enlightened a spellbound nation. Harvard students attending one of his lectures sported Wildean costume, clutching sunflowers and affecting world-weary poses. Denver prostitutes enticed customers by crying: “We know what makes a cat wild, but what makes Oscar Wilde?” Whitman hoisted a glass to his health, while Ambrose Bierce denounced him as a fraud.

Wilde helped alter the way post–Civil War Americans—still reeling from the most destructive conflict in their history—understood themselves. In an era that saw rapid technological changes, social upheaval, and an ever-widening gap between rich and poor, he delivered a powerful anti-materialistic message about art and the need for beauty. Yet Wilde too was changed by his tour. Having conquered America, a savvier, more mature writer was ready to take on the rest of the world. Neither Wilde nor America would ever be the same.