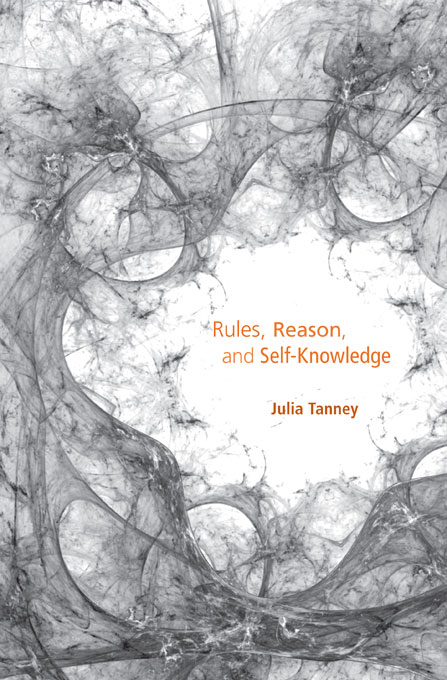 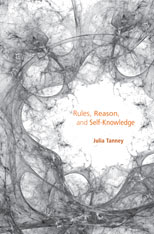 Julia Tanney offers a sustained criticism of today’s canon in philosophy of mind, which conceives the workings of the rational mind as the outcome of causal interactions between mental states that have their bases in the brain. With its roots in physicalism and functionalism, this widely accepted view provides the philosophical foundation for the cardinal tenet of the cognitive sciences: that cognition is a form of information processing. Rules, Reason, and Self-Knowledge presents a challenge not only to the cognitivist approach that has dominated philosophy and the special sciences for the last fifty years but, more broadly, to metaphysical–empirical approaches to the study of the mind.

Responding to a tradition that owes much to the writings of Davidson, early Putnam, and Fodor, Tanney challenges this orthodoxy on its own terms. In untangling its internal inadequacies, starting with the paradoxes of irrationality, she arrives at a view these philosophers were keen to rebut—one with affinities to the work of Ryle and Wittgenstein and all but invisible to those working on the cutting edge of analytic philosophy and mind research today. This is the view that rational explanations are embedded in “thick” descriptions that are themselves sophistications upon ever ascending levels of discourse, or sociolinguistic practices.

Tanney argues that conceptual cartography rather than metaphysical–scientific explanation is the basic tool for understanding the nature of the mind. Rules, Reason, and Self-Knowledge clears the path for a return to the world-involving, circumstance-dependent, normative practices where the rational mind has its home.