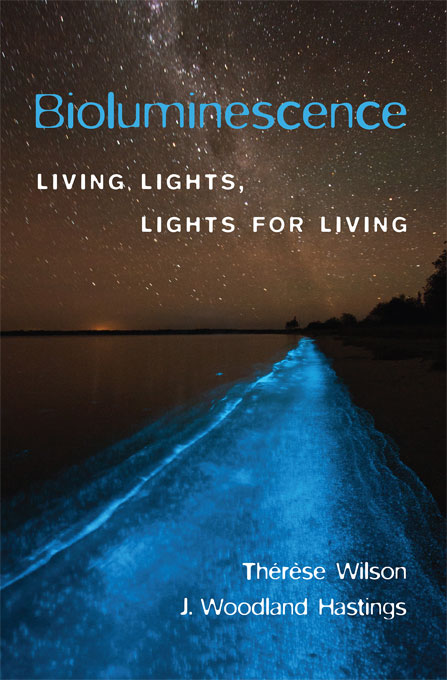 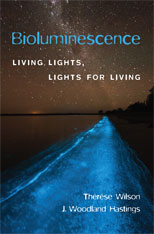 Bioluminescence is everywhere on earth—most of all in the ocean, from angler fish in the depths to the flashing of dinoflagellates at the surface. Here, Thérèse Wilson and Woody Hastings explore the natural history, evolution, and biochemistry of the diverse array of organisms that emit light.

While some bacteria, mushrooms, and invertebrates, as well as fish, are bioluminescent, other vertebrates and plants are not. The sporadic distribution and paucity of luminous forms calls for explanation, as does the fact that unrelated groups evolved completely different biochemical pathways to luminescence. The authors explore the hypothesis that many different luciferase systems arose in the early evolution of life because of their ability to remove oxygen, which was toxic to life when it first appeared on earth. As oxygen became abundant and bioluminescence was no longer adequate for oxygen removal, other antioxidant mechanisms evolved and most luminous species became extinct. Those light-emitting species that avoided extinction evolved uses with survival value for the light itself. Today’s luminous organisms use bioluminescence for defense from predators, for their own predatory purposes, or for communication in sexual courtship.

Bioluminescence was earlier viewed as a fascinating feature of the living world, but one whose study seemed unlikely to contribute in any practical way. Today, bioluminescence is no longer an esoteric area of research. Applications are numerous, ranging from the rapid detection of microbial contamination in beef and water, to finding the location of cancer cells, to working out circuitry in the brain.